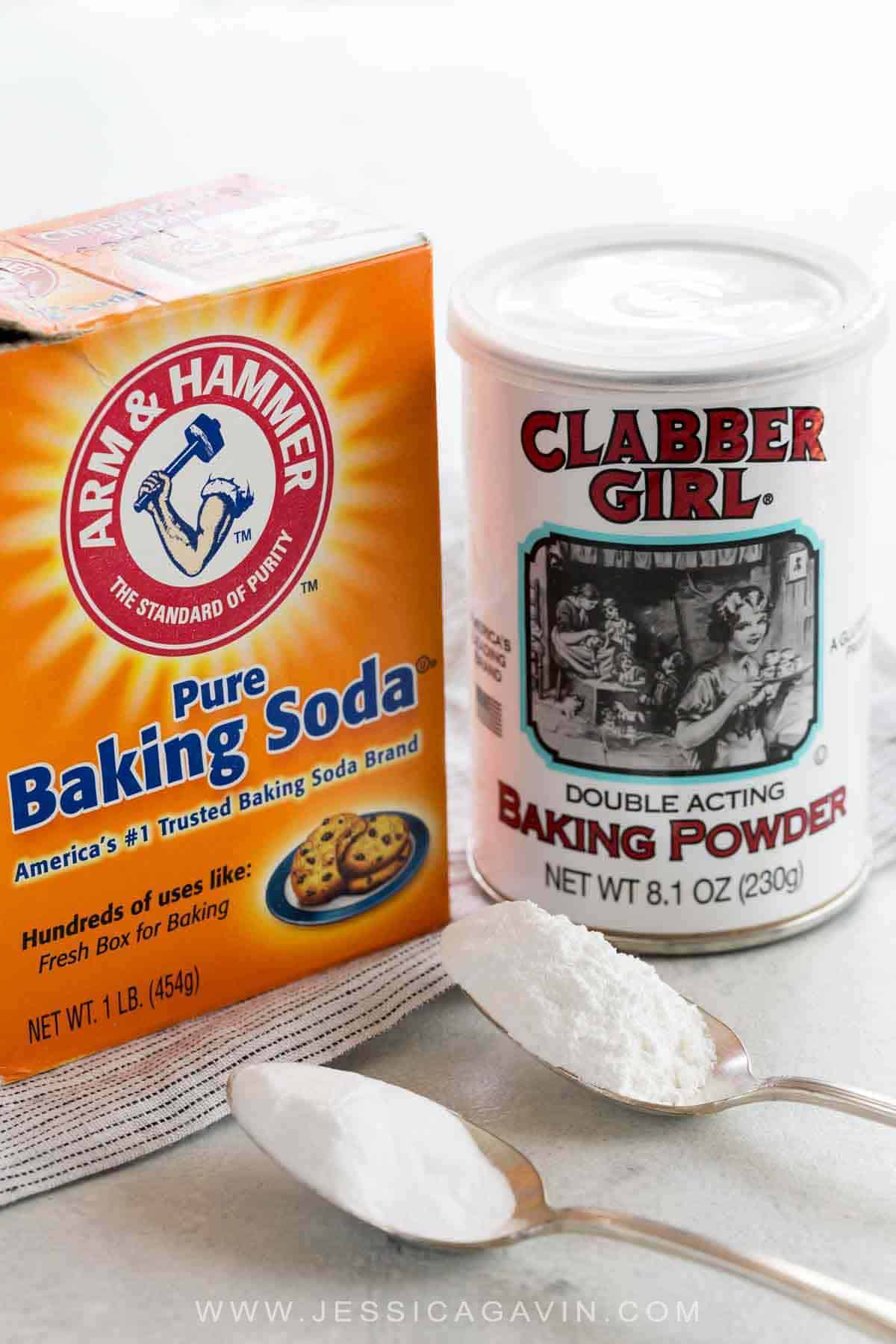 Baking soda vs. baking powder, what’s the difference? These are two common leavening agents in baking that will impact the taste and quality of a recipe. Learning how to use them correctly will help achieve the right rise and texture of cakes, cookies, muffins, biscuits, and more! 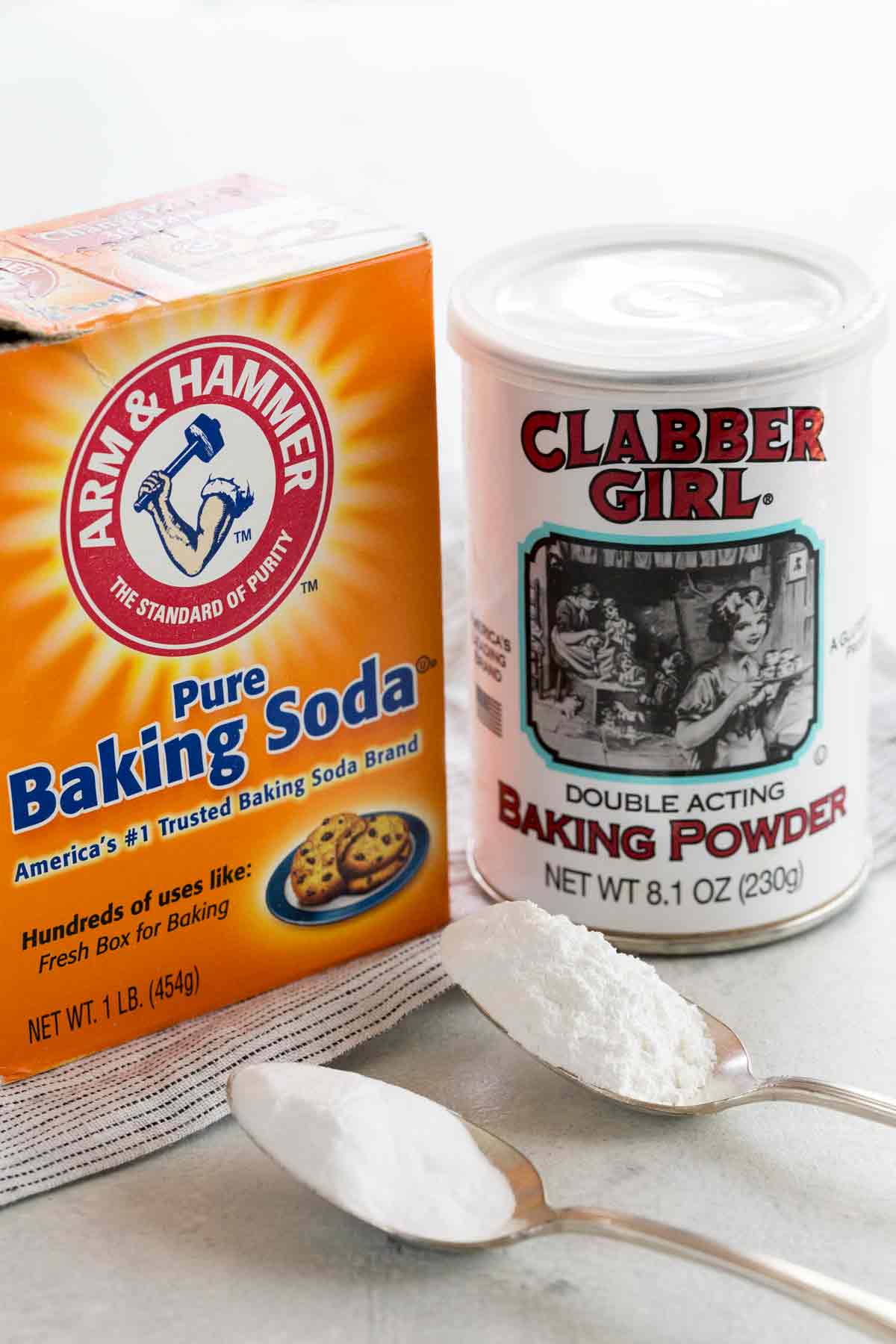 Just like that, the holiday season is upon us. I can hardly believe it, myself. Weren’t we just talking about the year ahead? Even still, November is here, which means the calendar invites warming ovens and tins filled with delicious creations that can be shared with loved ones.

With that in mind, a topic I’ve wanted to explore here is chemical leavening. As a scientist, the reactions involved never fail to fascinate me, but understanding how it all works is essential for any skilled baker. At its core, chemical leavening refers to the process by which an acid, a base, and water combine and release carbon dioxide.

This CO2 is what causes whatever you’re baking to rise. In general, using chemical leaveners are easy and fast. Requiring less technique and time than would be needed to use other leaveners, like steam or yeast.

Baking soda is a base (NaHC03 for my science geeks out there), an alkaline compound called sodium bicarbonate. This means that whatever its recipe counterpart is will have to be acid to cause the reaction. Some typical examples include yogurt, lemon juice, vinegar, buttermilk or molasses. Once combined, the CO2 bubbles will begin to form and the dough will start to rise.

Baking powder is made from a combination of baking soda and an acid–typically cream of tartar–and an inert stabilizer, like cornstarch, which prevents the mixture from reacting. Baking powder can come in two forms:

Which one do I use?

I typically use double-acting in cakes and muffins to give me some insurance in between mixing, adding to the pan, and baking. If you get sidetracked and do not bake the batter or dough right away, you can lose the gases to the atmosphere which means less rise and height in your baked product. I love muffin tops, don’t you?

One thing to look out for is to follow the recipe’s instructions. It is possible to add too much of either, which can alter the taste or cause the final product to be very misformed. If you add too much, you can increase the other ingredients in lockstep. Or, if you haven’t mixed everything, try to scoop out however much you think might be extra. If you’re not able to gauge these parameters, then it might be best to toss everything and start all over again. With baking, these kinds of mishaps can ruin a recipe!

How do leavening agents work?

One trick to keep in mind is that both baking powder and baking soda gives rise, but baking soda also spreads due to its leavening strength in small amounts. Think of what the recipe is trying to ultimately achieve, both taste and texture-wise, and that should give you a clue if you forget which to use. Baking soda can make or break a cookie. But too much and it may become too brittle and bitter, seeing as it’s a base and needs to be balanced out with other acids already present in a recipe.

Conversely, if you use too little baking soda, you’ll have too spongy and porous of a cookie that absorbs all the sugar. This is why baking powder is better for cake. It comes with its own acid already mixed, so its already neutralized and doesn’t require any other agent or tastes, all it needs is to be added and cooked and it will rise. Make sure not to add too much either, as it could also cause a cake to flatten and be dense from overreacting.

An easy way to see if they still have bubble capability is as follows: Add 1/4 teaspoon baking powder to 1/2 cup hot water; add 1/4 teaspoon vinegar as well to water if testing baking soda. If you immediately see a fizzing reaction, they are good to go! 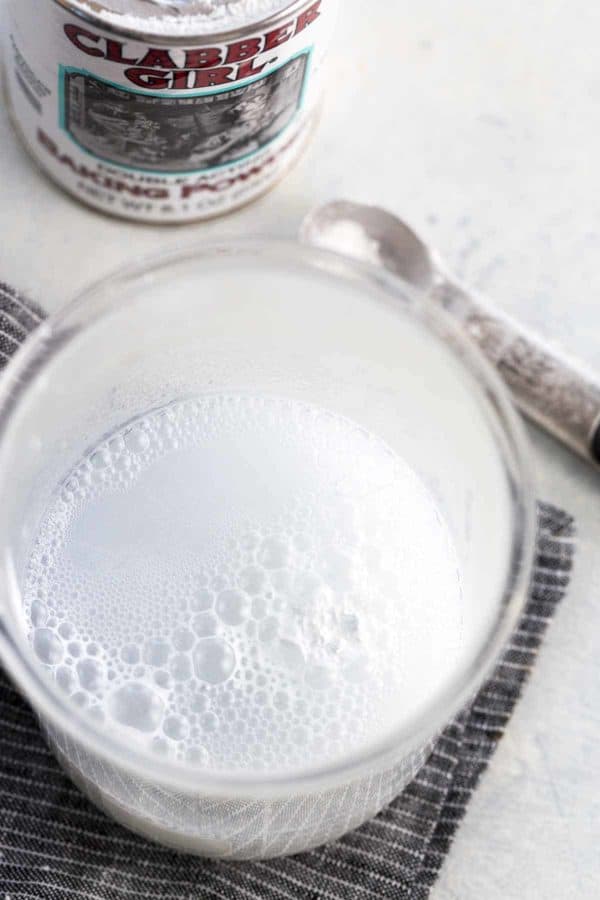 Why do recipes have both?

Often times both baking powder is added in addition to baking soda to provide the extra leavening capability. The baking soda neutralizes the acids in the recipe, while the baking powder offers extra bubbles for lift. You can also purposely add a little extra baking soda for a tart flavor and golden brown color development on the surface like for cookies.

Can I substitute one for the other?

You can substitute baking soda for baking powder, but not the other way around. Baking soda is four times stronger than baking powder. Therefore you need 1/4 teaspoon soda to 1 teaspoon of baking powder. You also need to add an acid to balance and create a reaction.

For example, 1 teaspoon lemon juice for every 1/2 teaspoon baking soda. It’s difficult to know what ratios of baking soda and acid is used in commercial baking powder products, so substituting with baking soda is not recommended. 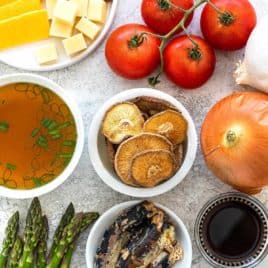 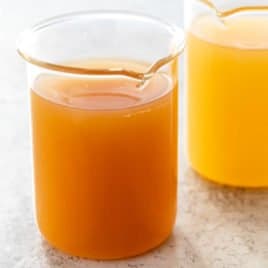 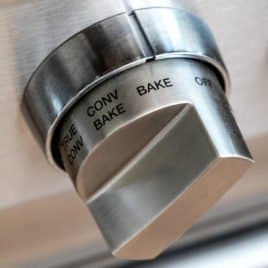