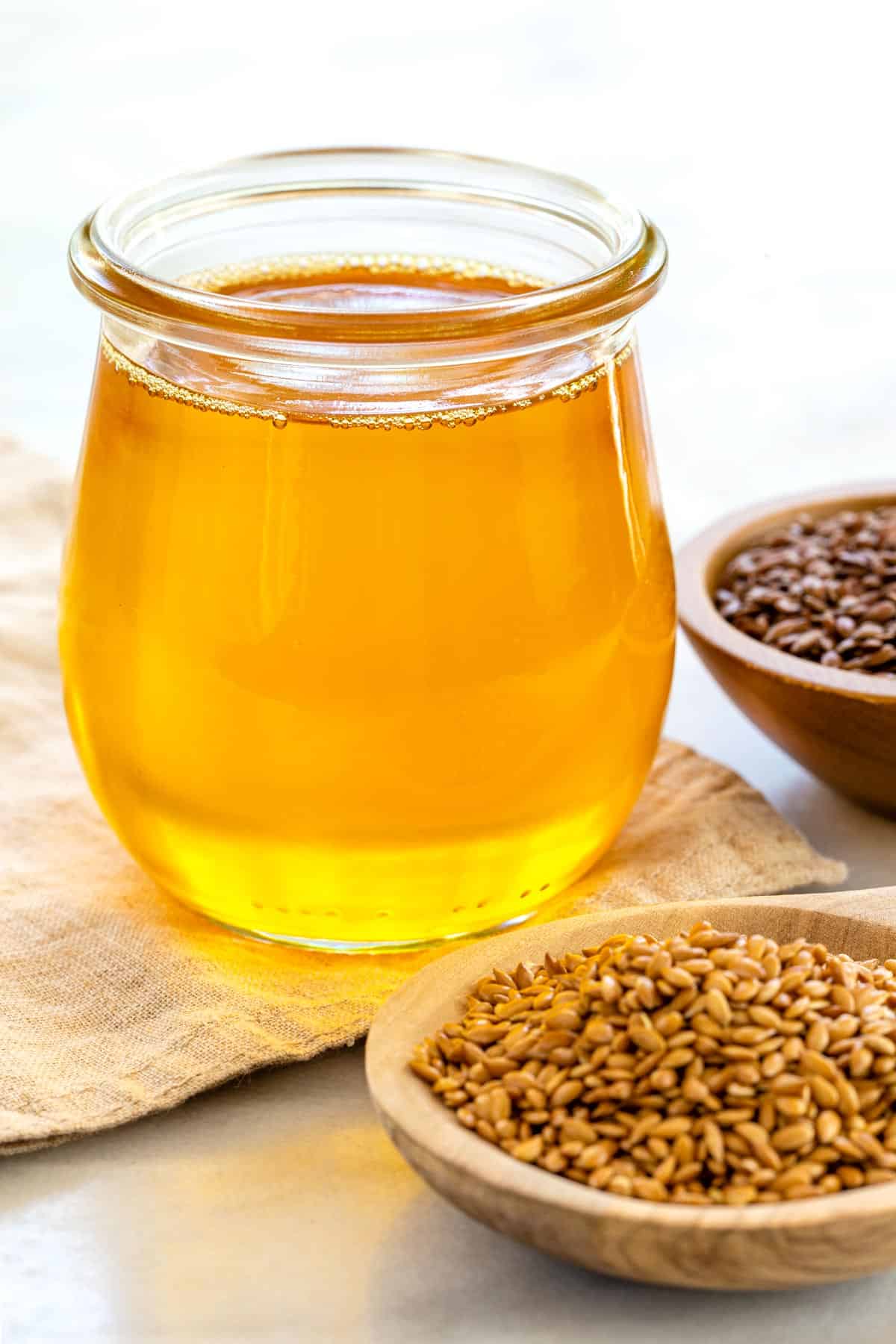 There are so many options for cooking oils these days, and one oil gaining attention in recent years is flaxseed oil. But despite certain health benefits, it’s actually not ideal for some recipes. Read on to learn how you should and shouldn’t use it in the kitchen. 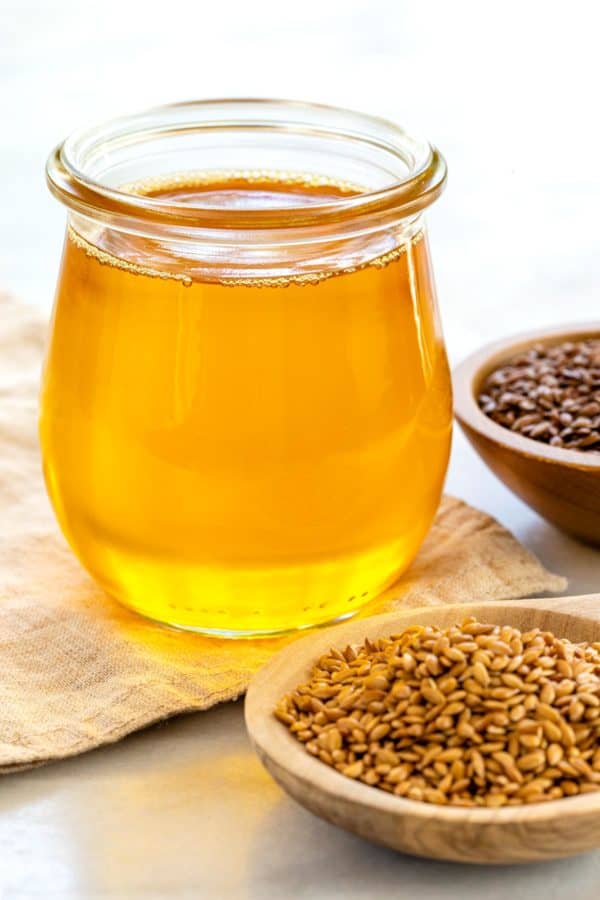 What is flaxseed oil? The name is a pretty much a dead giveaway. Also known as linseed oil, flaxseed oil is extracted from flaxseeds that come from the flax plant. No surprises there. It has a mild, nutty flavor.

You can find it in virgin forms as well as refined forms, which means it may contain chemical solvents. But what else is there to this trendy oil? Let’s explore.

Flaxseed oil is best known for its omega-3 content which is why it’s thought to be heart-healthy. But the effect of flaxseed oil has been connected to better digestion, improved inflammation, slowing the growth of cancer cells, and improved skin health. However, more research is needed before we sing those claims from rooftops.

Several studies also suggest it can lower high blood pressure, cholesterol, and blood sugar levels. But if you’re already on medication to lower blood pressure, be careful about combining it with flaxseed supplements and consumption. Some side effects could be that they lower your levels too much, which can cause dizziness and fainting. 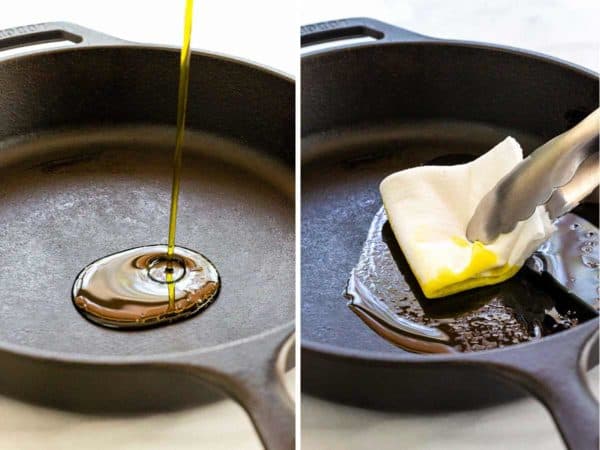 How to use flaxseed oil

Unfortunately, flaxseed oil has a low smoke point in the 200-degree range, where it loses flavor and converts healthy fats into not-so-healthy ones. It’s best used in recipes that require low to no heat. For example, add it to salad dressings, or beverages like smoothies, or drizzle it on food after it’s already been cooked.

But there’s another way to use flaxseed oil that has nothing to do with eating it — it’s great for seasoning your cast iron. When you expose flaxseed oil to high heat, it creates a durable layer of seasoning that other oils don’t provide.

There’s a very specific method that requires heating your pan before you add any oil, but you can learn about the science and read the step-by-step on Cooks Illustrated. 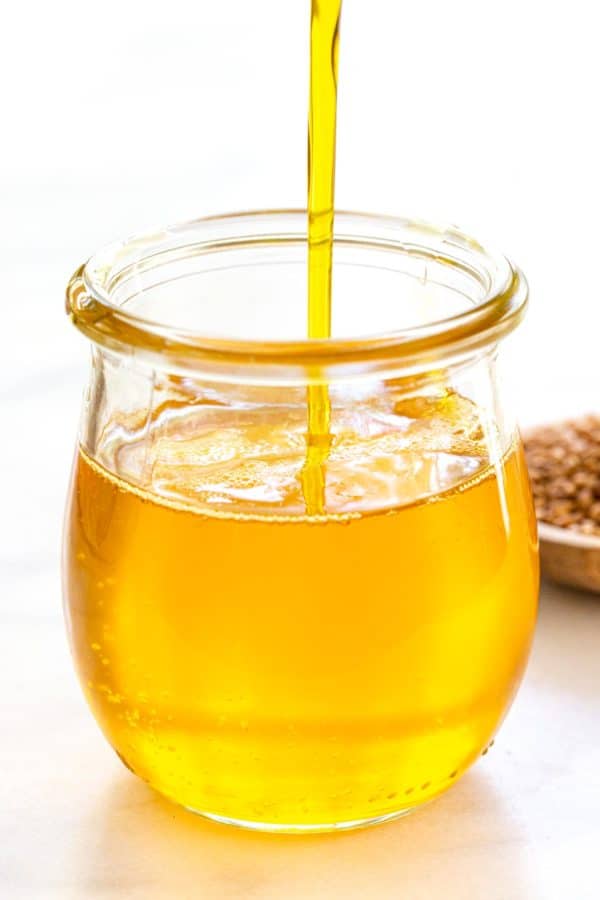 What is better for you, flaxseed oil or fish oil?

Both flaxseed and fish oil are good sources of omega-3s, and they provide similar health benefits. But there’s a small difference.

That’s why, research suggests according to Harvard Health, that roughly one capsule of fish oil provides about the same amount of omega-3s as six capsules of flaxseed oil supplements. The other downside to flaxseed oil is that its omega-6 fatty acids can counteract the omega-3s. Fish oil has also been studied far more than flax oil, so there’s a lot we don’t know yet. 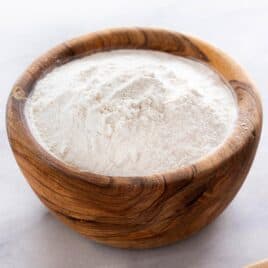 What is Cassava Flour? 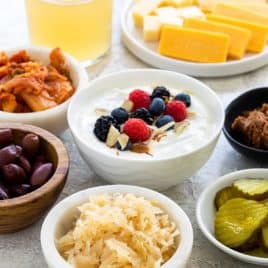 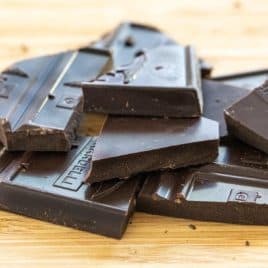