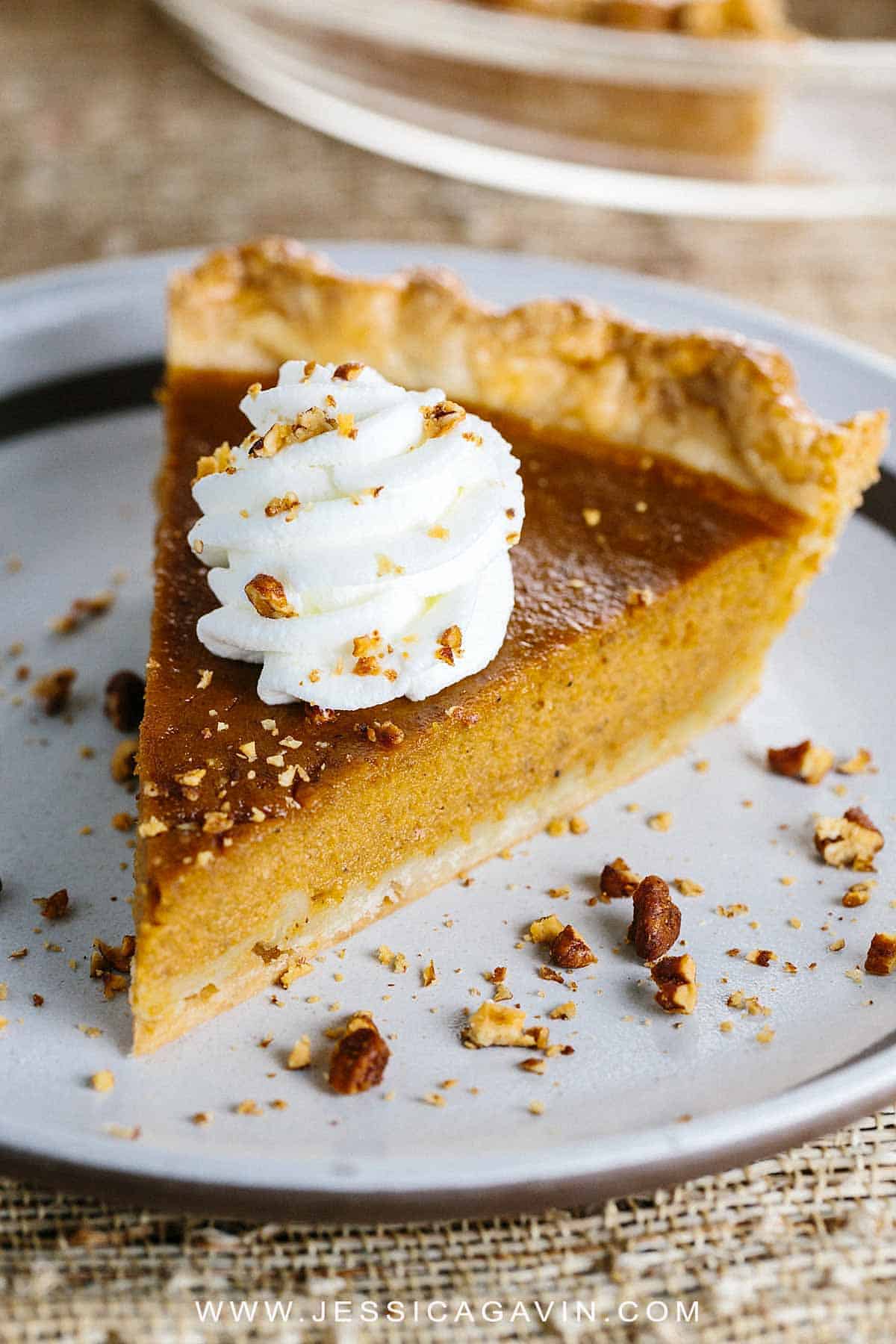 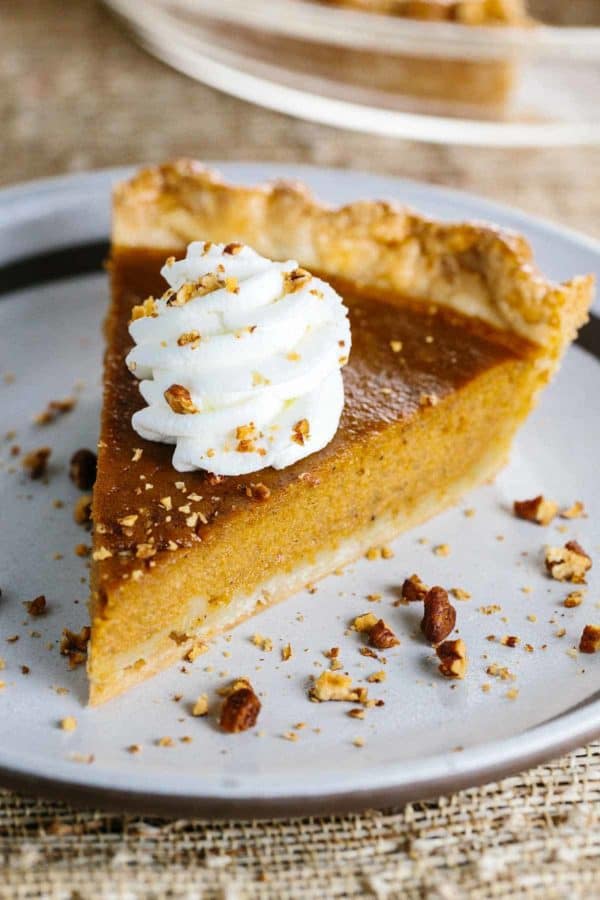 For this Fall season, I made a classic pumpkin pie recipe so that I could always have an ace in my pocket for holiday gatherings. Pies are one of the seasonal staple desserts people have come to expect after a nice dinner. Without it, you feel like something’s just not right.

Making pumpkin pie is a tall order because there are expectations, so you have to nail the recipe. I’m happy to say that after trying out many varieties over the years, I finally found the best combination of sweetness, creamy texture, and tender, flaky crust. 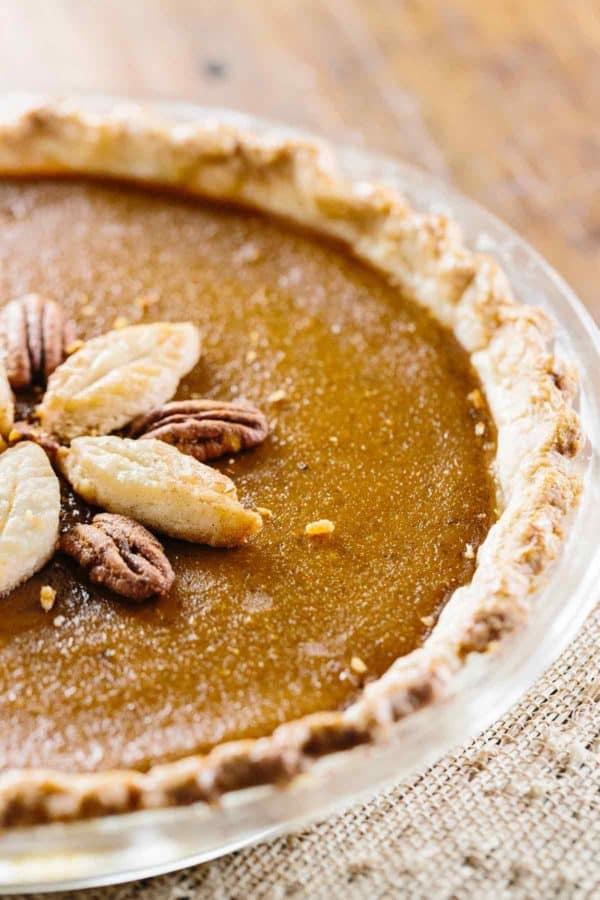 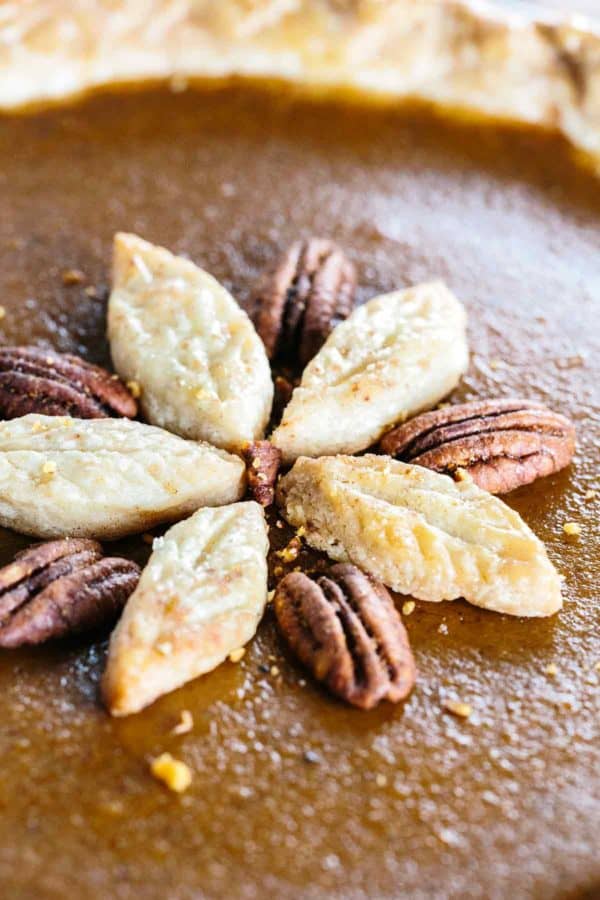 The secret ingredient in this recipe for a flaky pie crust is vodka! The alcohol hydrates the flour and reduces the amount of gluten formation since it’s 60% water. Once baked the vodka evaporates and a tender pie crust remains. You don’t want the dough to be dry or too sticky, but it should shape nicely into a ball and be easily rolled out once chilled. You can add more flour as needed to reduce any stickiness.

I always find that I have some extra crust, so I like to make some leaves or shapes to decorate the top of the pie, and who doesn’t love a little more crust? 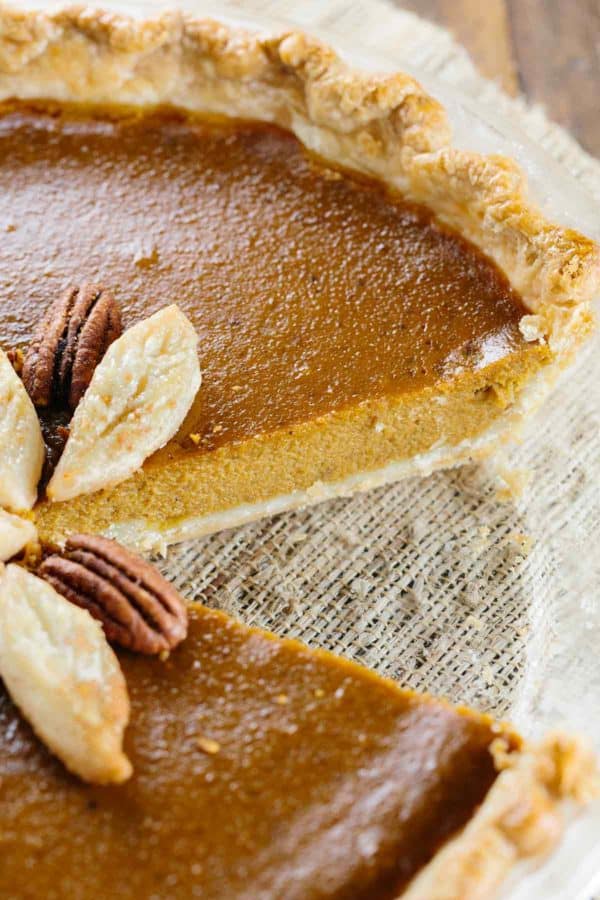 I blind baked the pie crust, meaning pre-baked the dough for 10 minutes so that the bottom crust is not raw or soggy when cooked with the custard. The pumpkin pie sliced effortlessly and the crust is light and delicate. 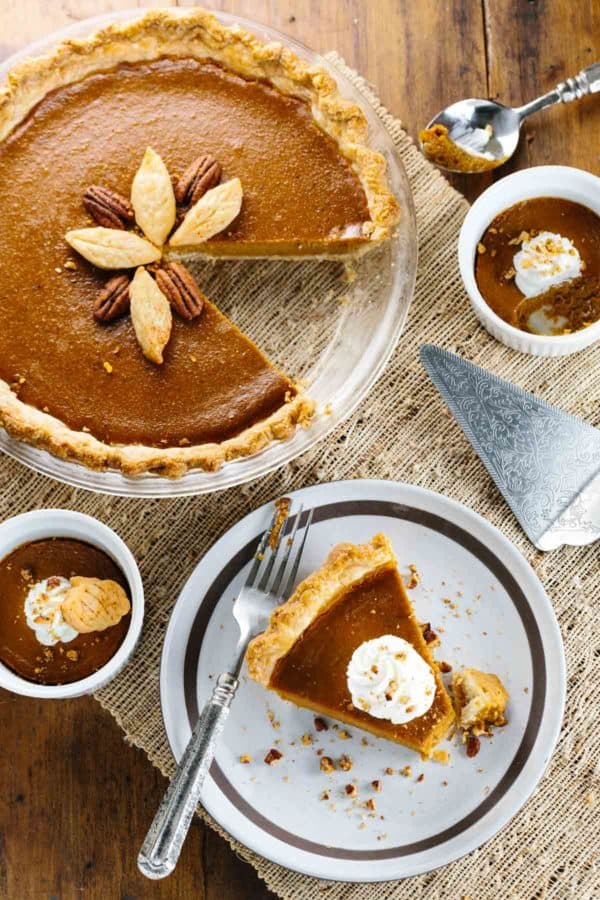 I had a little bit extra pumpkin pie filling, so I made crustless pumpkin pie cups, they are perfect for those who need a gluten-free alternative but still want some dessert! I baked each ramekin with about 1/2 cup filling for 18 to 20 minutes until it set, yielding about two to three servings. 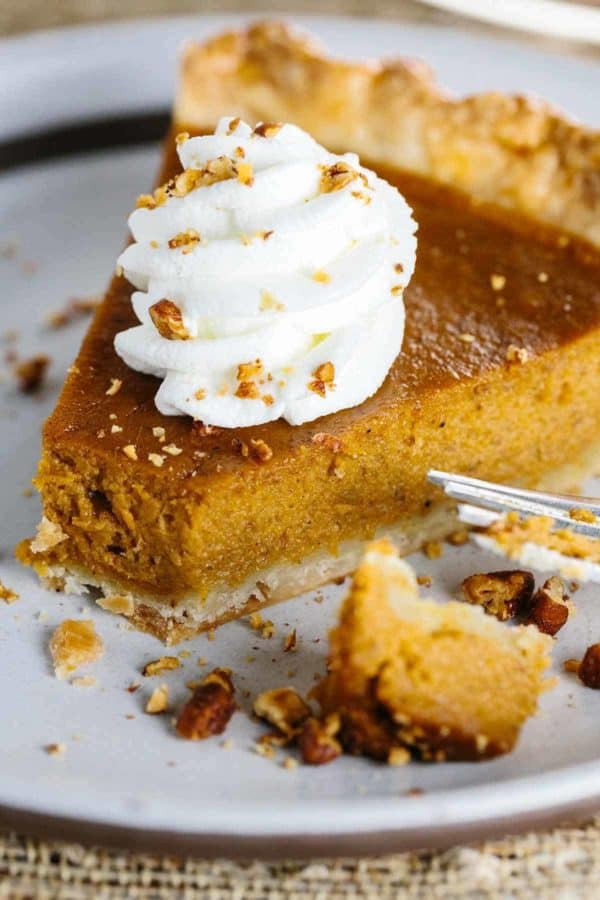 Who will you share a slice of classic pumpkin pie with? Will you be making it for Thanksgiving or Christmas celebration? If you want to try some fun twists on using pumpkin, my lightened up pumpkin coffee cake is a healthier breakfast treat, or how about some easy no-bake pumpkin cheesecake cups for your hungry guests!

What is the difference between a mealy and flaky pie crust?

When making a mealy dough you break up small pieces of fat (butter or shortening) into the flour until a cornmeal-like texture forms. The mealy dough works well for tarts or cream-filled pies that require a sturdy crust to hold the filling. A flaky dough is made by breaking larger pea-sized pieces of fat into the flour. Typically the larger the fat pieces, the flakier the crust. As the crust bakes, moisture is released from the fat and dough creating steam that separates the layers. Flaky dough is typically desired for double-crust apple and pumpkin pies. 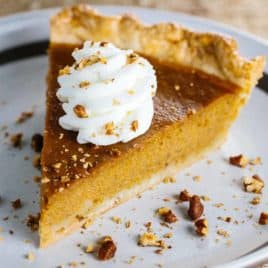 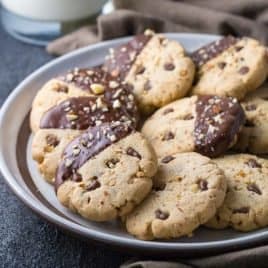 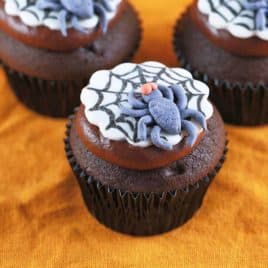 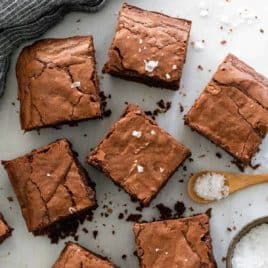