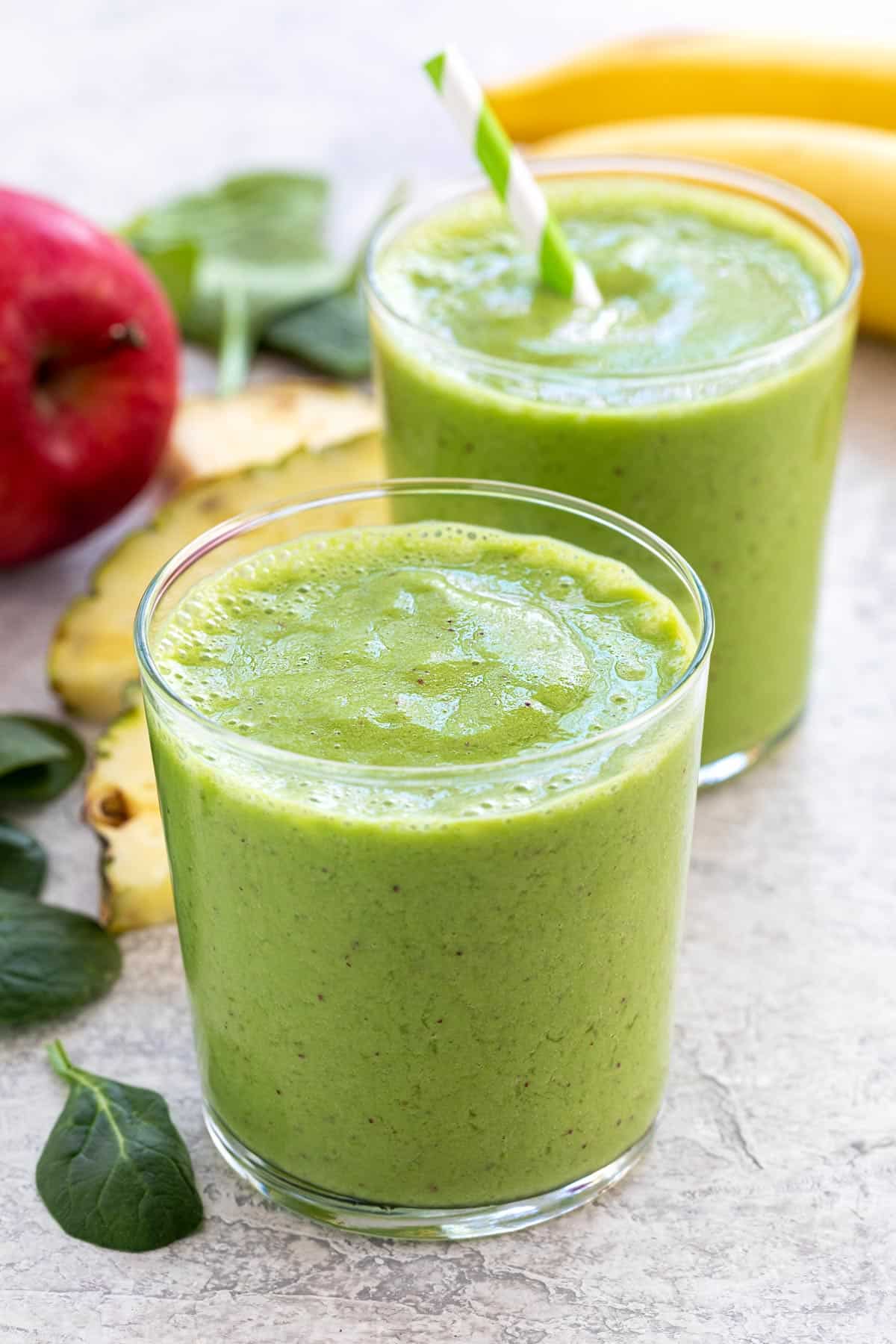 For a quick energy boost, whip up this easy spinach smoothie. This healthy treat packs in various fruits and veggies like pineapple, banana, apples into each serving. A nutrient-rich combination of protein, fiber, vitamins, and minerals in each sip.

When I think of spinach, I think Popeye the Sailor Man crushing open a can of gloppy green stuff and gulping it down for instant superhero strength. Although only a cartoon, the idea of this leafy green delivering health benefits isn’t far off.

Spinach is packed with nutrients and antioxidants like magnesium, potassium, calcium, iron, vitamin C, and soluble fiber. In addition, the leaves have a very mild flavor, making it seamless to add to a green smoothie. The good news is that you can barely taste the spinach when it’s combined with diced apples, frozen banana, and pineapple.

Plus, these extra ingredients add a boost of fiber. Other elements like Greek yogurt and almond milk provide protein, creaminess, and probiotics in each glass. A refreshing and satisfying drink made in just 10 minutes to keep you energized.

Unlike my sauteed spinach recipe, I use the baby variety because the leaves are extremely tender, require no extra preparation, and have very little bitterness. In addition, I often like to prepare individual freezer packs for a smoothie recipe for meal-prepping.

This makes it easy to grab the plastic bag with premeasured ingredients and blend. It works really well to add the fresh spinach leaves and freeze them along with the fruit. You won’t notice a taste change.

An extra boost of fiber

A chopped apple adds soluble and insoluble fibers to the smoothie. You can use any type of apple. However, varieties like Fuji, red, or gala provide more natural sweetness than tart green. The pureed pulp also helps to make the smoothie thicker.

To make a more thickened smoothie consistency that stays chilly for longer, use a higher frozen fruit ratio. The ice crystals that form inside the fruit act like mini ice cubes inside the plant cells. When chopped down with the blender blades, the solidified juice crystals hold their shape and create a more substantial mouthfeel.

A bonus is that the fruit flavor doesn’t dilute as it melts compared to ice cubes. If you only have fresh fruit, cut the pineapple into 1-inch pieces and banana into ½-inch slices and freeze them in a single layer until completely solidified for at least 6 hours.

How to make a spinach smoothie

There is a high ratio of frozen ingredients in this recipe. Add the ice, pineapple, and banana slices first to break them down into smooth chilly particles. Next, add in the apple to break down the fibrous skin. Then layer in the spinach leaves as they are very tender and break down easier. Use a tamper if needed to push the greens down into the blades of the high-speed blender.

The yogurt is added, followed by the almond milk to help process the smoothie into a drinkable consistency. If you’re looking for a thick and creamy texture, if needed, gradually add in a small amount of liquid.

Frozen spinach can be used in the recipe, however, it has been blanched and that will give it a slightly cooked flavor. Frozen spinach is much more compact, so use ⅓ cup instead of 2 cups packed fresh spinach. Do not defrost, just add directly to the blender.

For a quick energy boost, whip up this spinach smoothie recipe made with a variety of fruits and veggies like pineapple, banana, apples in each serving. 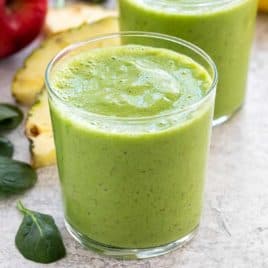 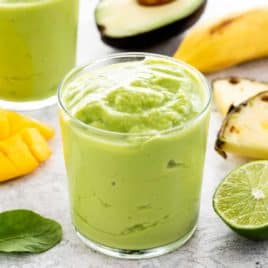 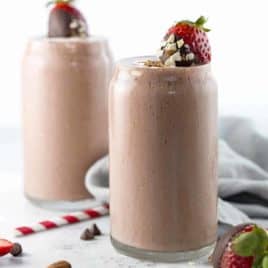 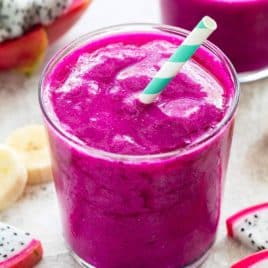