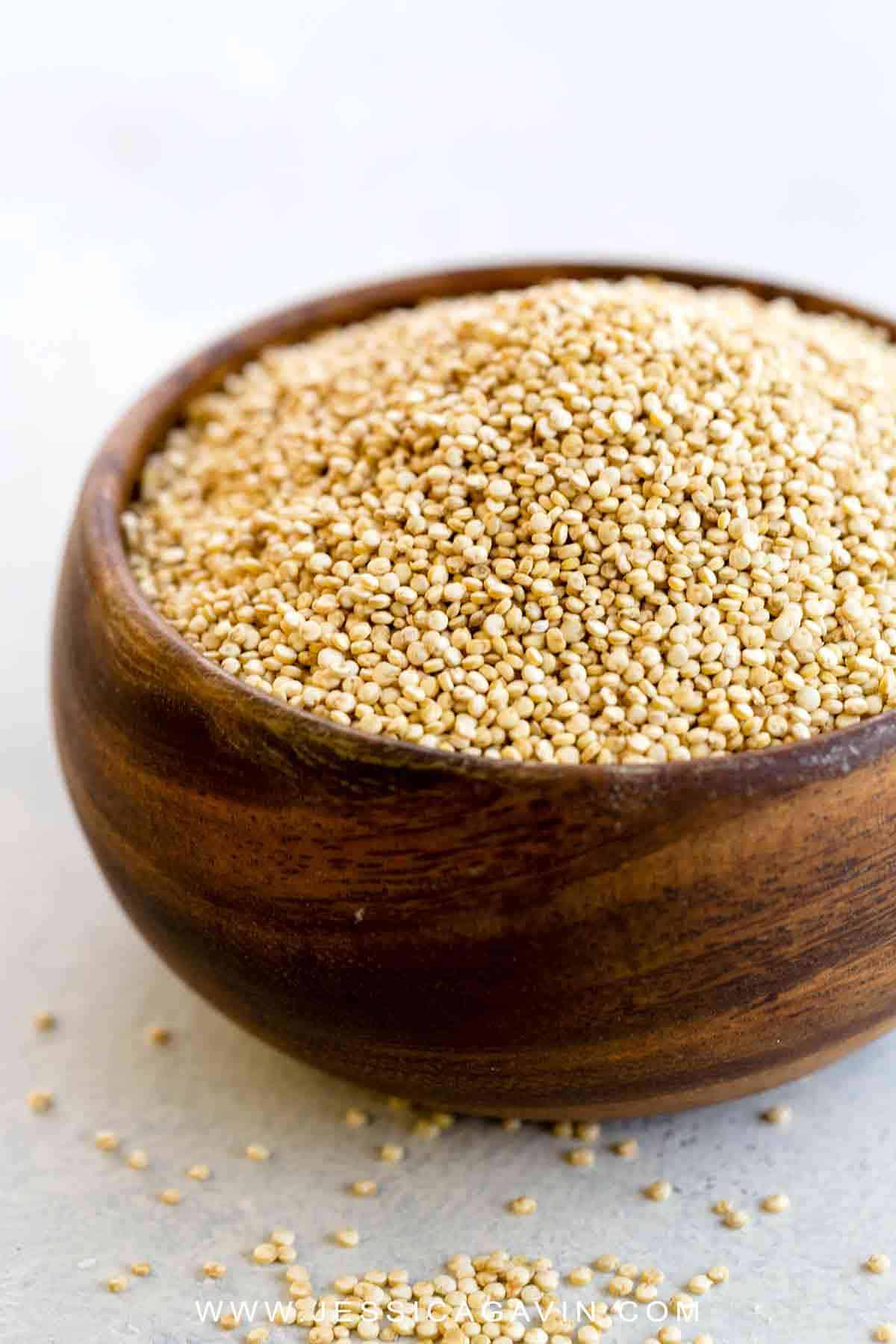 Pronounced “keen-wah,” this protein-packed grain contains every amino acid and is a great source of lysine, which promotes healthy tissue growth throughout the body. Quinoa also contains iron, magnesium, potassium, vitamin E, and fiber. However, this Ancient Grain isn’t a grain at all.

The world’s latest favorite grain isn’t actually a grain: quinoa is a seed! Chenopodium quinoa is officially classified as a pseudocereal. I love quinoa for its ease and versatility: it’s ready in a snap and has virtually limitless applications.

In particular, it’s an ideal stand-in for wherever there would previously be another type of grain. Salads, pilafs, scrambles, casseroles, risottos, soups and pasta dishes are all fair game for this noble seed.

Originally from the Andes mountain range in South America, quinoa was called the “gold of the Incas.” It has a nutty, grain-like flavor and an absorbent texture, which gives it its versatility as something that can be used as a grain stand-in. 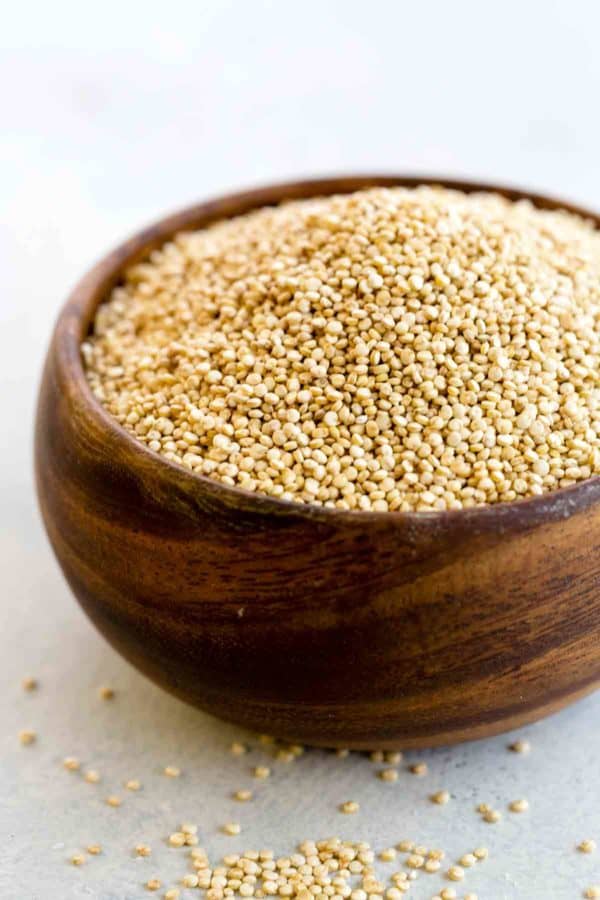 Quinoa is a superfood! This seed packs a protein punch at 14 to 15% by weight of the dry seeds. What makes it special is that it contains the essential amino acid lysine, which is not found in other cereal grains like wheat or rice. This means quinoa contains all nine essential amino acids, making it a complete protein. This is great for those on all-plant diets as a good quality protein source. It’s also gluten-free, cholesterol-free, kosher and mostly organic.

Clocking in at only 2% fat, the composition is made up of 90% mono- and polyunsaturated fatty acids, a majority from the healthy essential omega-6 fatty acid linoleic acid and omega-3 fatty acid linolenic acid with benefits like heart and brain health. Quinoa is high in calcium, all the B vitamins especially riboflavin, and a good source of iron. Calorically, it’s about 222 calories per cup, putting it in the range of brown rice.

How Does Quinoa Taste?

Incredibly, there are about 120 varieties of quinoa, but most of what you’re likely to cook with is white (golden), red or black. Overall, they are largely the same, cooked in the same manner and taste similar (nutty, earthy with a hint of bitterness), but there are some subtle differences. 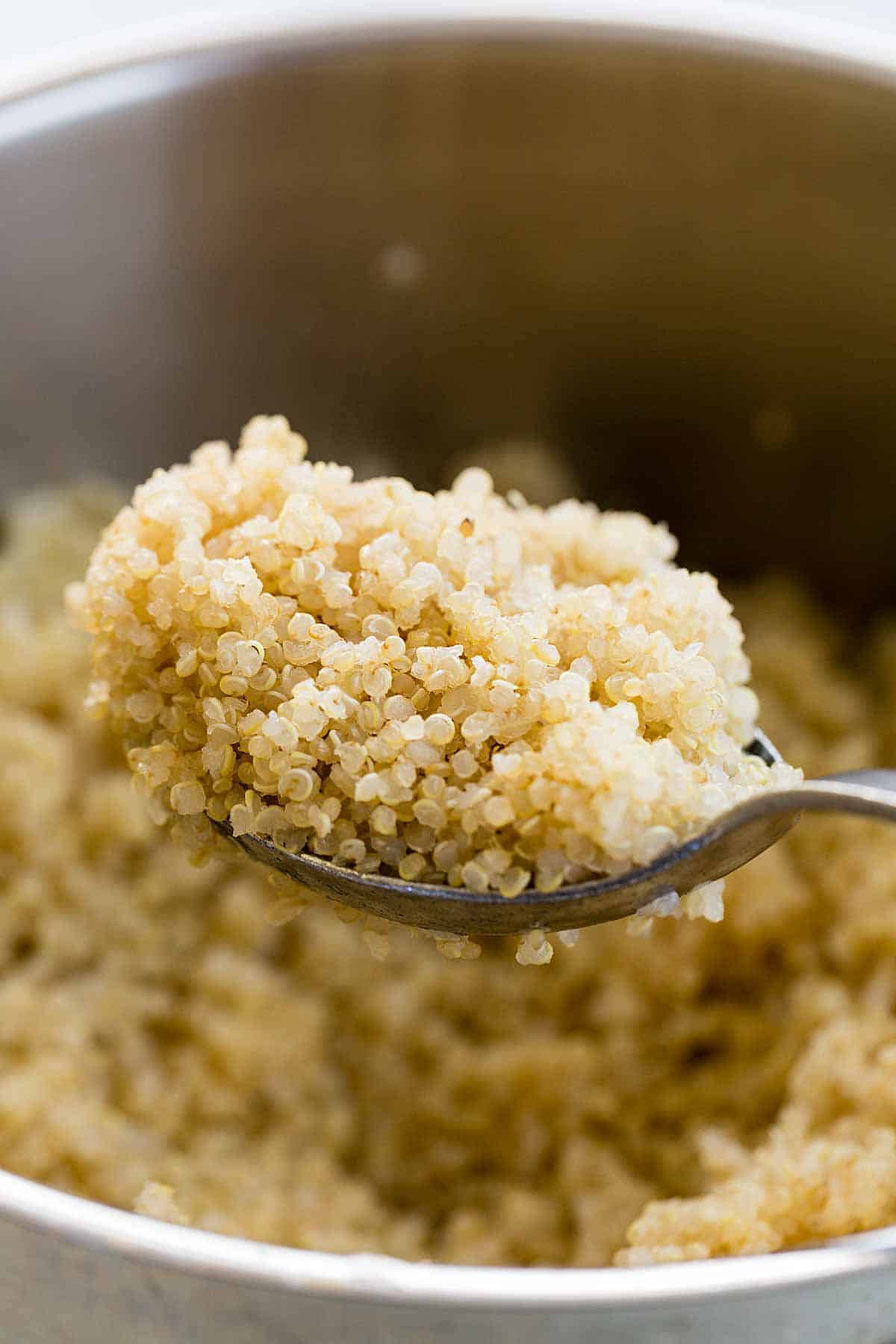 Another benefit to cooking with quinoa is that it’s incredibly easy to work with, often cooking faster than rice does and uses the same technique; the simmering method. Here are some helpful cooking tips:

Here are a few of the most popular Quinoa products listed on Amazon.com 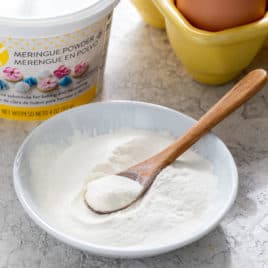 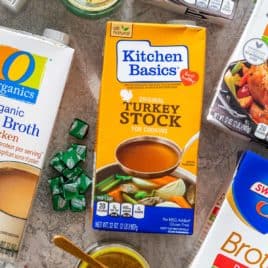