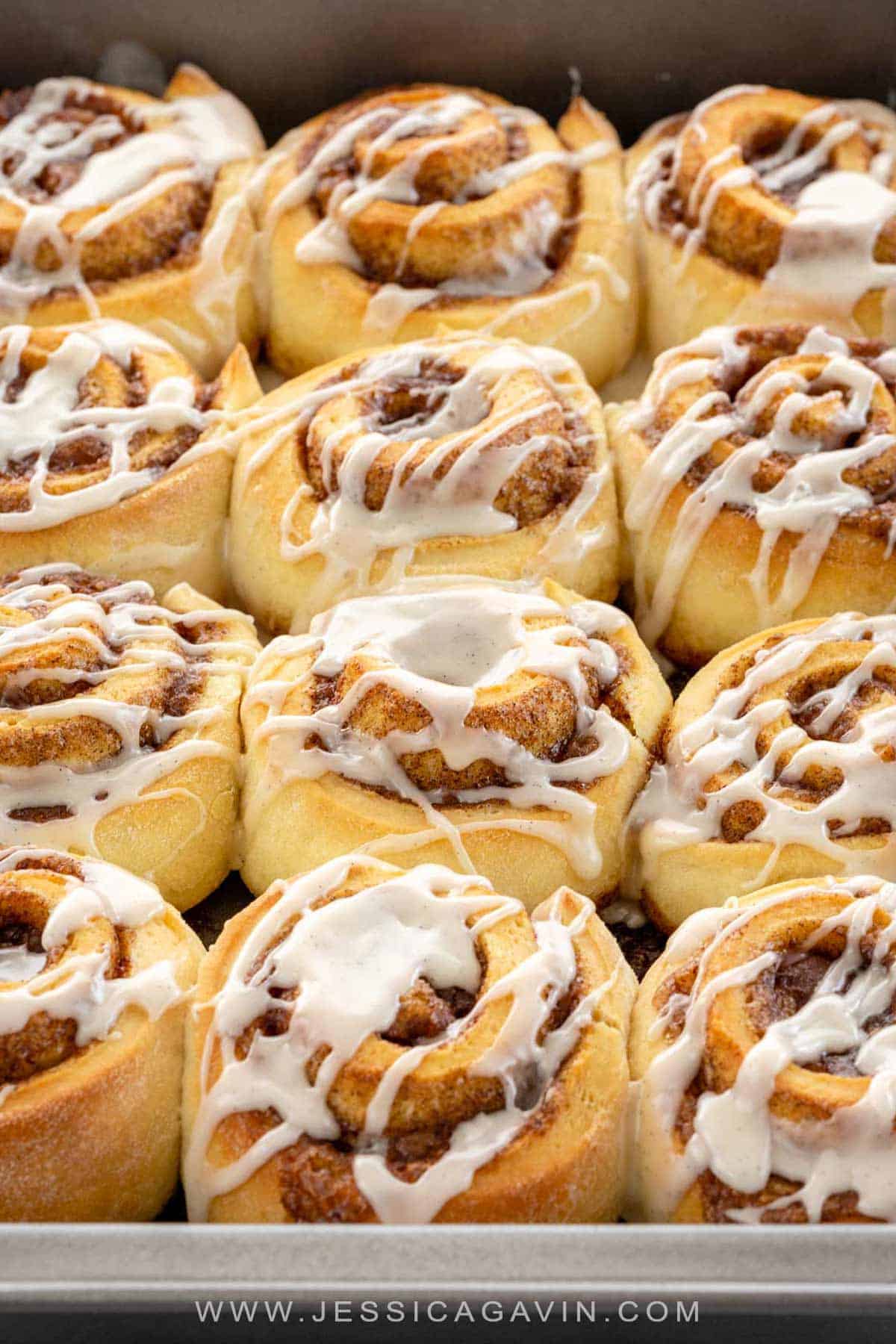 Freshly baked cinnamon rolls drizzled with vanilla glaze. A special breakfast treat that you can make from scratch in less time than you think. Using instant-yeast allows you to cut down the rising time dramatically.

This cinnamon rolls recipe creates soft pillowy bread filled with a brown sugar spread. Don’t waste your money on Cinnabon when you can make a homemade version that tastes better. Sometimes working with yeast-leavened baked goods may feel intimidating or look time-consuming, but I’ll show you the science behind the process in the formula below.

The good news is now, with technology on our side, manufacturers have created an instant-rise yeast to save us time in the kitchen. Compressed fresh yeast or active dry yeast, requires proofing or multiple fermentation steps. However, with the instant version, you only have to let it rise after shaping for 30 minutes, instead of hours.

For this recipe, I use instant dry yeast, also known as rapid-rise yeast. The most important thing to remember is that yeast is alive, just dormant in a dried state. That means it’s susceptible to high heat and can lose it’s rising power if combined with a liquid that’s too hot.

Gradually heat the mixture of sugar, butter, water, and milk between 120 to 130°F (49 to 54°C) and no higher. Yeast dies at temperatures of 138ºF (59ºC) and above. Keep an instant-read thermometer handy to monitor the temperature as this step is critical for a successful rise. This warm liquid mixture is then combined with one package of instant dry yeast (2 1/4 teaspoons), flour, and salt. 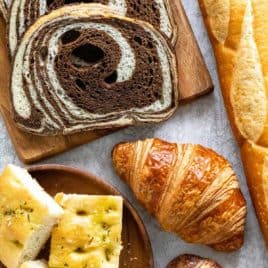 The Ultimate Guide to Baking with Yeast 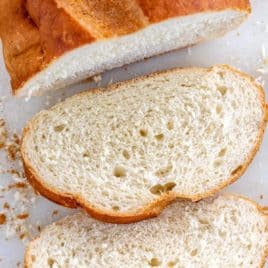 What is Gluten? and Why it’s so Important 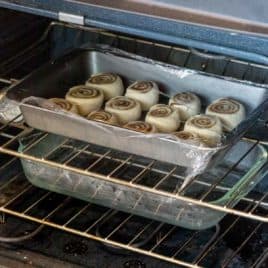 How to Make an Oven Proofing Box

Once you incorporate the warm liquid with the dry ingredients, it will feel sticky until the starches hydrate. As the dough mixes, gluten formation rapidly occurs with constant kneading, creating an elastic texture. This makes it easy to roll out and hold its shape.

I prefer to let my stand mixer do the kneading using the dough hook attachment. But you can also use your hands to knead the dough on a floured surface.

Rolling out and shaping

Make sure to cover with plastic wrap and let the dough rest for 10 minutes before rolling. The dough will be warm from the heated liquids, around 90ºF (32ºC) which rapidly starts yeast fermentation and gas formation. This also allows the proteins to relax a little, so it’s easier to work with. Shape the dough into a square on a well-floured surface. Use a rolling pin to create a rectangle shape about 16 by 19-inch.

The dough should be even in thickness, about ¼-inch. Carefully roll from the longest edge into a tight cigar shape. Trim off the edges as it’s mostly just dough, and then cut 12 even-sized pieces.

A combination of softened butter, granulated sugar, brown sugar, flour, and ground cinnamon creates a sweet paste to spread evenly over the dough. You can make this part a few days ahead, but make sure to bring it to room temperature before using. Use a knife or spatula to evenly distribute the filling.

Keep a skinny border, about ¼-inch from the edge with no filling, to make it easier to roll. If you’re looking to add more mix-ins, you can sprinkle some chopped pecans or walnuts, sauteed apples, caramel, or even chocolate chips on top of the paste.

This is the only long fermentation step that is needed to allow the dough to puff up and increase in size. Evenly space the pieces in a greased baking pan, allowing for some distance between themselves and from the sides of the pan. This gives the rolls room to double in size.

Yeast is the most active in producing flavor and gas bubbes when the dough temperature is between 75 to 78ºF (23 to 14ºC). If it’s a warm day in your kitchen, you can leave it on the counter and cover it with plastic wrap for about 30 minutes, or longer as needed. The plastic does a better job of keeping the dough from drying out, so it stays soft and pliable.

Alternatively, I like to set up a makeshift proofing box in the oven or microwave to create an enclosed warm, humid environment for the rolls to rise efficiently.

You might notice that the rolls will continue to increase in size as it bakes. The yeast keeps fermenting and produces carbon dioxide gases until it ultimately deactivates in the hot oven temperatures. So if your rolls don’t seem quite doubled in size before baking, they’ll get an extra boost once in the oven. The cinnamon rolls bake until golden brown. The smell of caramelized sugar and hot bread is heavenly!

Drizzle on the glaze

The glaze is very simple to make. Just whisk together powdered sugar, vanilla extract, lemon juice, and warm water. I like to use vanilla bean paste because it gives a nice speckled appearance. You can also scrape in some whole beans for a stronger flavor.

Make sure to use warm water. Otherwise, the consistency will become stiff and hard to drizzle. The glaze will harden as it cools, so wait to mix it until right before adding. If you’re a cream cheese frosting fan, it’s a tasty substitute for this glaze.

The advantage of using instant-rise yeast

Instant yeast, also sold as rapid-rise yeast, is a dry product with enzymes and additives that help it ferment faster. It can be mixed right into dry ingredients. Warm water activates the yeast to get it fermenting. The dough then only needs 10 minutes of resting before rolling and shaping—just one rise step, which is about 30 minutes in a warm area before baking.

These amazing cinnamon rolls are a special breakfast treat swirled together with a brown sugar filling and drizzled with a luscious vanilla bean glaze. 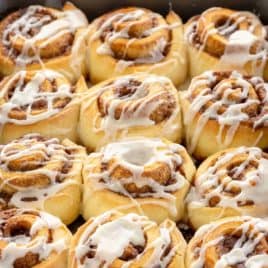 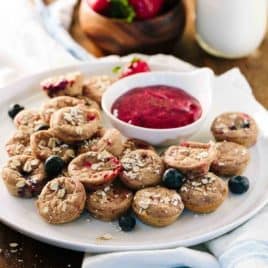 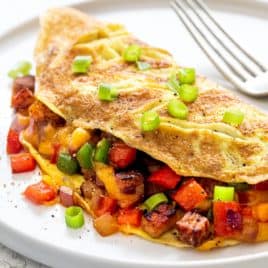 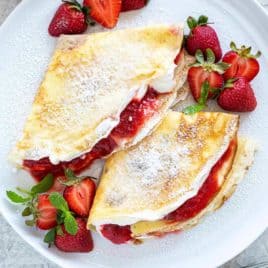