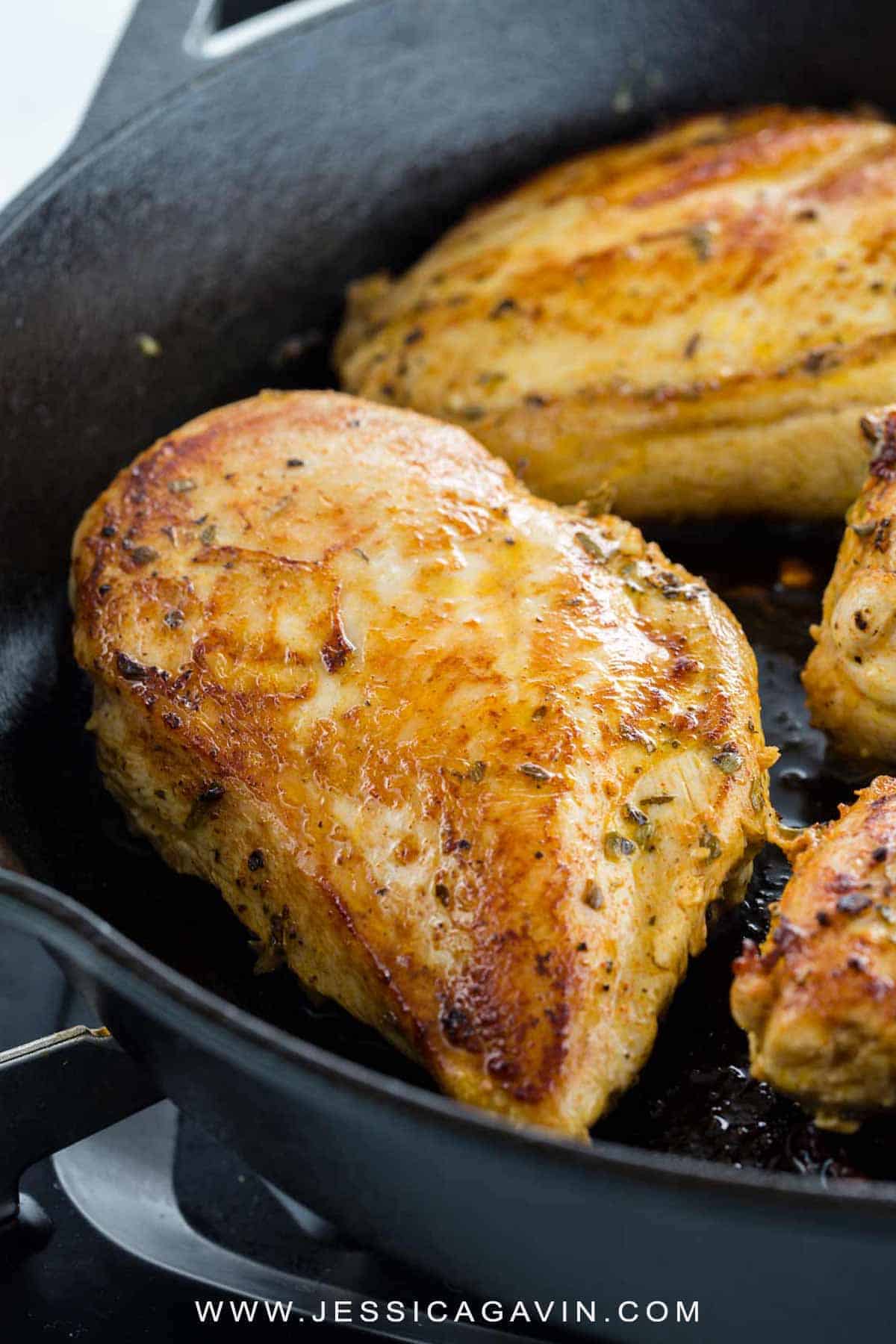 The Maillard reaction is an important culinary process responsible for new flavor, aroma, and color development. It makes food taste better! Learn the science behind this essential chemical reaction and how it applies to cooking. 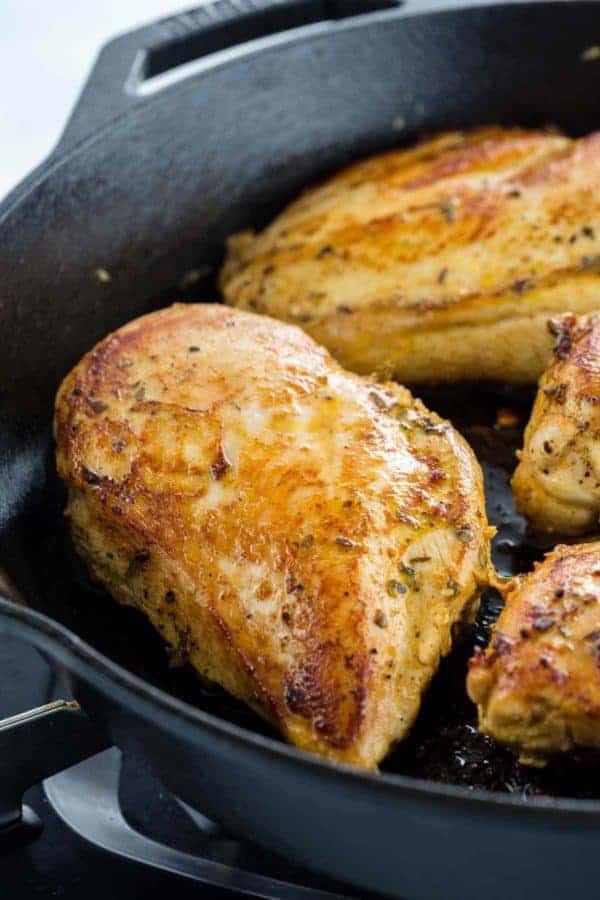 The Maillard reaction– you want it to happen when cooking and here’s why. This highly desired culinary process creates hundreds of new flavor and aroma compounds with the application of heat. The chemical reaction is the visible color change to a stunning golden brown hue on the surface of foods.

The resulting combination of flavor and color change often happens with dry-heat cooking methods under the right temperature, acidity, and moisture conditions. You’ve seen and tasted it before. It’s the perfect crust on a seared juicy ribeye steak. It’s the crispy amber layer on a pan-fried piece of halibut. It’s the flaky golden crust on a baked apple pie.

What is the Maillard Reaction?

The Maillard reaction is a form of non-enzymatic browning that occurs in foods when proteins and/or amino acids chemically react with carbohydrates of reducing sugars. Applying heat during cooking accelerates and continues this intricate process, which elevates the taste, aromas, and appearance of food. 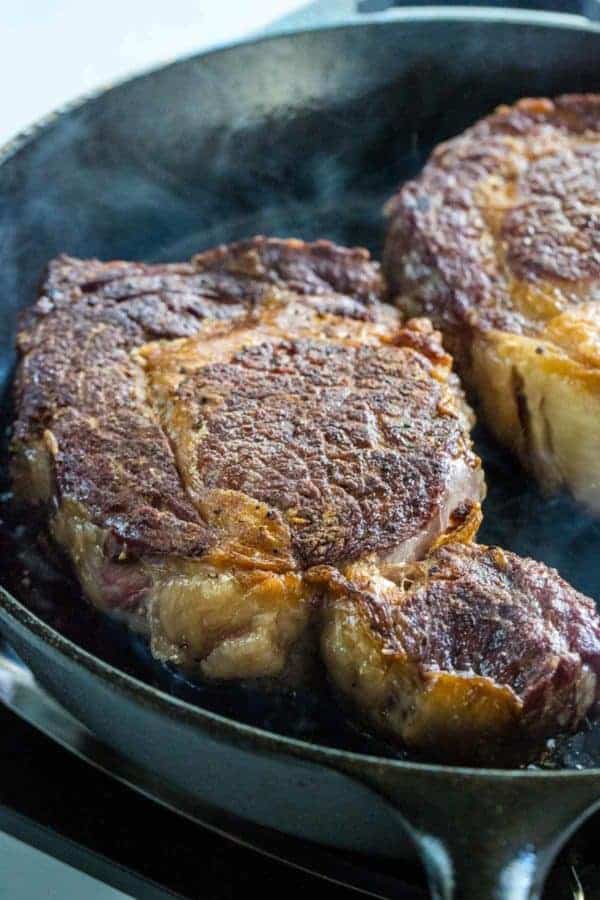 Kitchen experts like Nathan Myhrvold, author of Modernist Cuisine says the Maillard reaction should be called the “the flavor reaction” and not the “browning reaction” due to its essential contribution to flavor and aroma development. It’s the silent star of cooking, acknowledged more for its supporting role. That should change!

Let’s take a second to thank Louis-Camille Maillard, a French physician, who discovered this fascinating reaction around 1910. We can now reap all the benefits from his meticulous investigation and studies. Research on this topic is still being studied by food scientists today and more knowledge of this fundamental principle is still being uncovered.

Let’s geek out on the science

The Maillard reaction happens in multiple complex stages. Three things must be available for the response to occur; amino acids, reducing sugars, and water. This is going to sound complicated because it is! But here are some basic things that occur during the process: 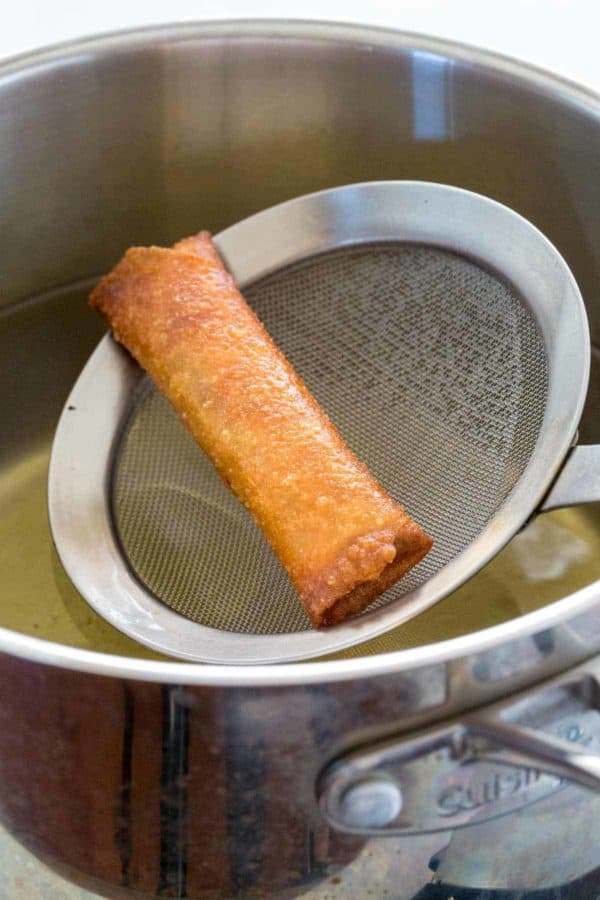 Most foods naturally contain varying amounts and different types of proteins and sugar. That’s why beef or chicken looks and tastes different than banana bread when cooked. High-heat methods like roasting, baking, pan-frying, deep-frying, grilling, pressure cooking, searing, braising and stewing benefit from this process. It’s one of the reasons why I always sear meat before adding it to a slow cooker because the moist heat cooking in a Crock-pot never gets above 212ºF (100ºC) for Maillard browning to occur.

The role of temperature 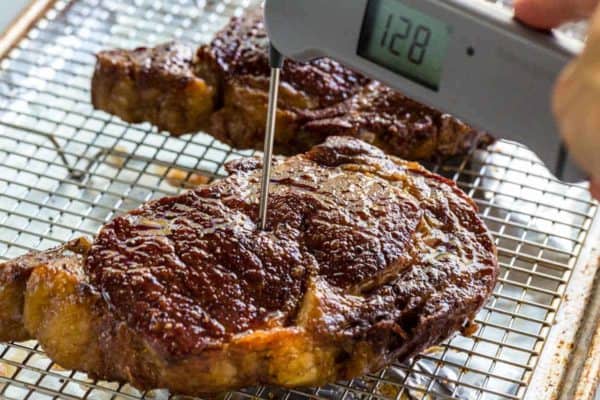 The Maillard process can begin at room temperature. However, turning up the heat nudges the process along. Typically when the surface temperature of food reaches 300°F (149°C), the process is in full throttle. That means the environment used for the dry-heat cooking method needs to be set at a higher range, 350°F (177ºC) and above.

Caution! Browning reactions are great until food becomes burnt (hello pyrolysis!). At surface temperatures above 355°F (180°C), foods get blackened and bitter tasting. It’s a delicate balance that requires attention. So don’t check out on social media for too long or you’ll be sorry!

How moisture plays a part 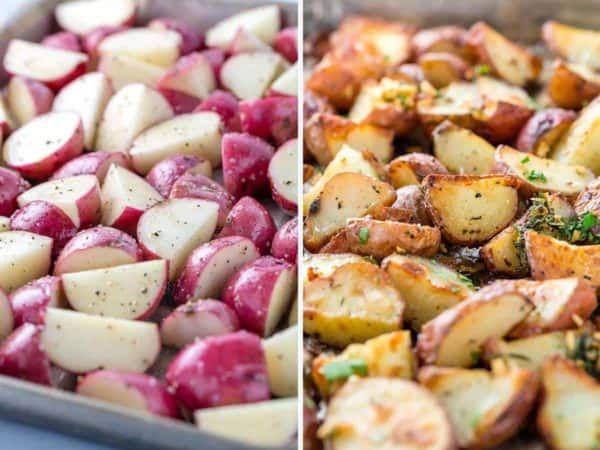 A small amount of moisture is needed in the food from a molecular level to aid in the browning process, although too much can impair it. The key is to make sure the surface of the food is dry to prevent steaming and promote the maximum amount of browning. Here are some ways to remove surface moisture:

There will be some moisture released from the food as it cooks. The high heat of the cooking pan and oil will help to evaporate excess water quickly. Reducing the moisture on the surface of a roasted chicken will lead to crispy browned skin happening faster.

Why you don’t want too much acidity 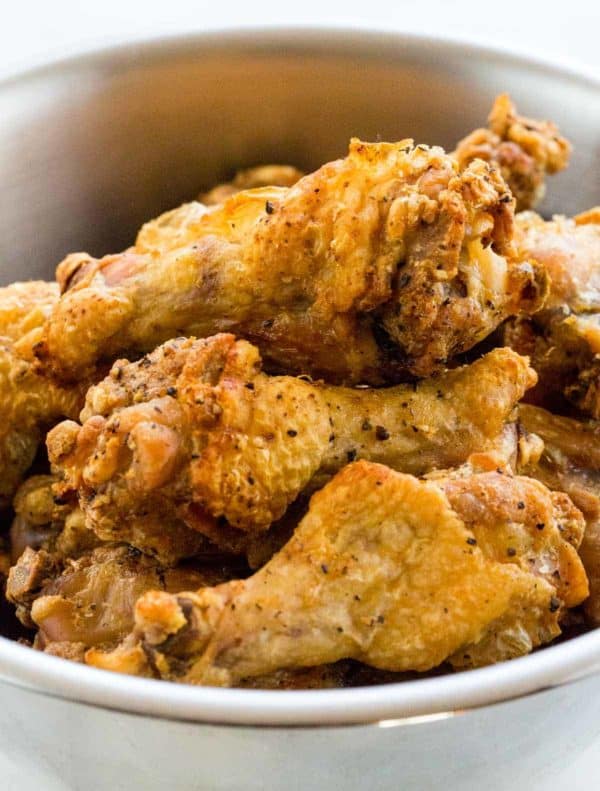 In science terms, that’s the pH, or how basic (like milk), acidic (mouth-puckering lemon juice), or alkaline (think olives) a portion of food is. The rule is, the more acidic the environment, pH 6 and below, the less browning will occur. What can be done? Adding a small amount of an alkaline ingredient like baking soda boosts the browning reaction.

This is a clever trick used in Chinese stir-fry’s to rapidly brown foods since chopped pieces of meat only need a few minutes of wok time. Sprinkling or tossing some baking soda with skin-on poultry also aids in crispiness and color development. I do this for my baked buffalo wings to make them extra crunchy and golden. Give it a try and see the difference!

Maillard vs. Caramelization: An Identity Crisis

Often caramelization and Maillard browning are used synonymously, although they’re very different! They are both non-enzymatic browning reactions, but that’s where the similarities end. Caramelization happens in concentrated sugar environments with a very low amount of moisture. It’s when complex sugars break down into simple sugars, followed by other reactions to create browned colors.

My favorite example, homemade caramel sauce. Depending on the type of sugar, caramelization on average begins at 248ºF (120ºC), much lower than the Maillard reaction. Sometimes Maillard browning and caramelization happen succinctly, just at varying levels.

Why the Maillard Reaction makes you salivate 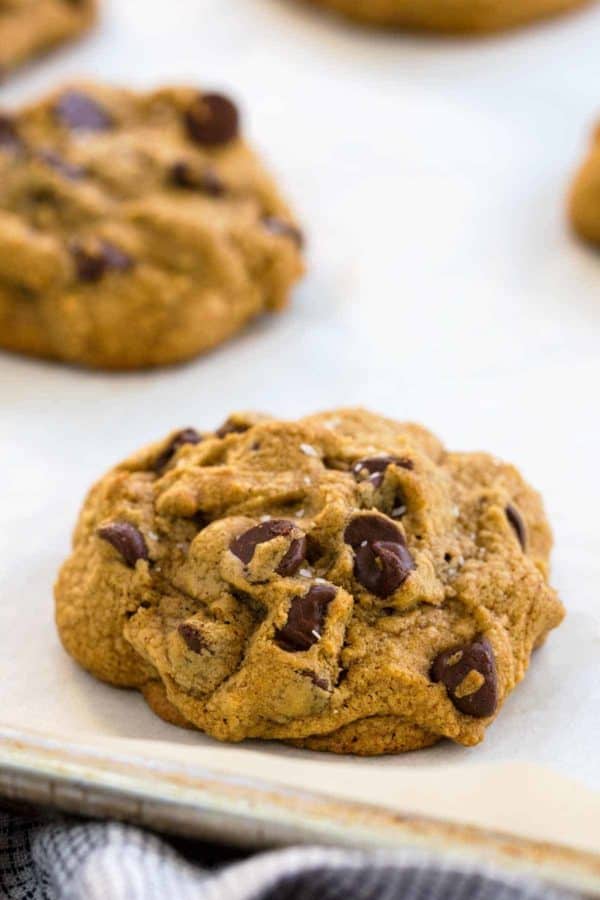 Okay, you’re reading this article and probably wondering, “Why should I care about all this science mumbo jumbo?” It comes down to this: Maillard reaction makes foods more enjoyable to eat.

When you heat foods, your senses are engaged and lured by a plethora of aroma molecules engulfing the air. It’s not a coincidence that when baking a batch of raw cookie dough, 10 minutes later my son magically appears in the kitchen because of all of the newly emerging sweet and warm smells that have hit his nose. It’s been researched that about 70% of what you taste is actually what you smell.

Cooked foods trigger this animalistic survival mode in our brain, and turning on those saliva glands. Coaxing out the Maillard reaction is a cascading catalyst to what makes people so passionate about food. It’s why I can never turn down a freshly baked flaky croissant, why some people prefer their bagel toasted, the distinctive smell of fresh coffee beans, and why chocolatiers roast cocoa nibs to make dark chocolate. So spread the word, now you know the scientific terminology that makes food taste better, the Maillard reaction. 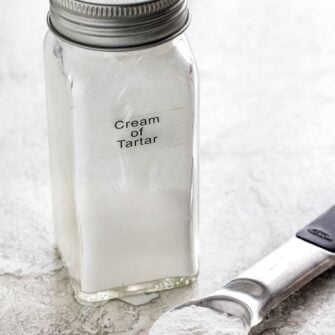 What is Cream of Tartar? 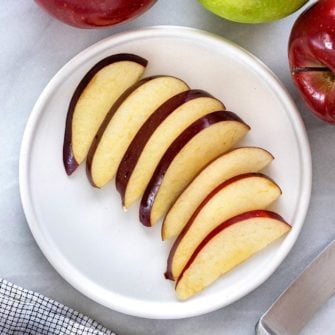 How to Keep Apples From Turning Brown 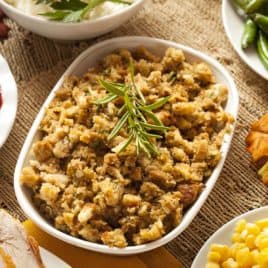 Settling the Stuffing vs. Dressing Debate