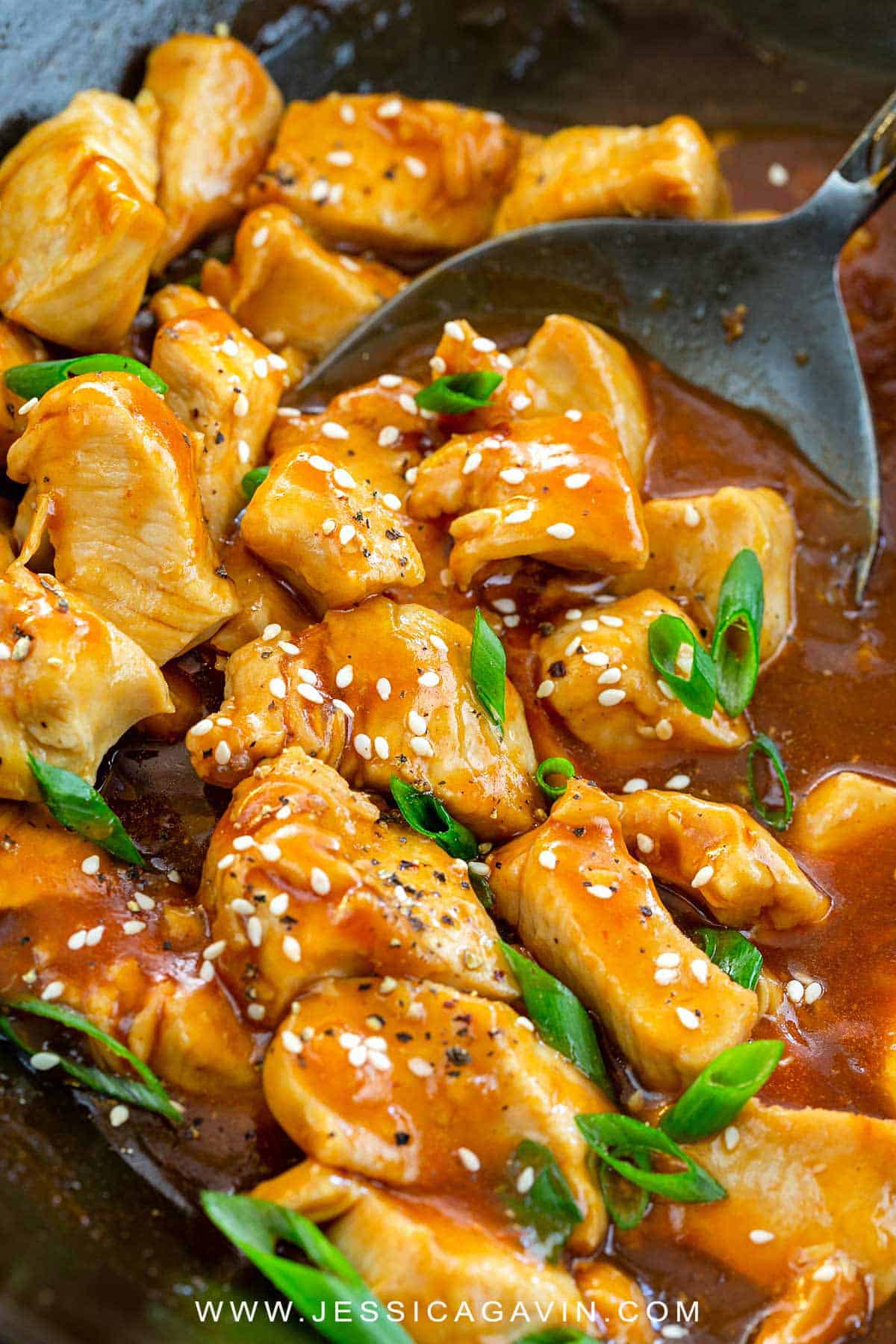 Bourbon chicken is a tasty fusion of Chinese and Cajun cooking. It’s a quick stir-fried dish packed with bold sweet and savory flavors. The chicken is seared in a hot wok, then tossed in soy and maple bourbon sauce. Mound it on top of steamed rice for a complete meal. 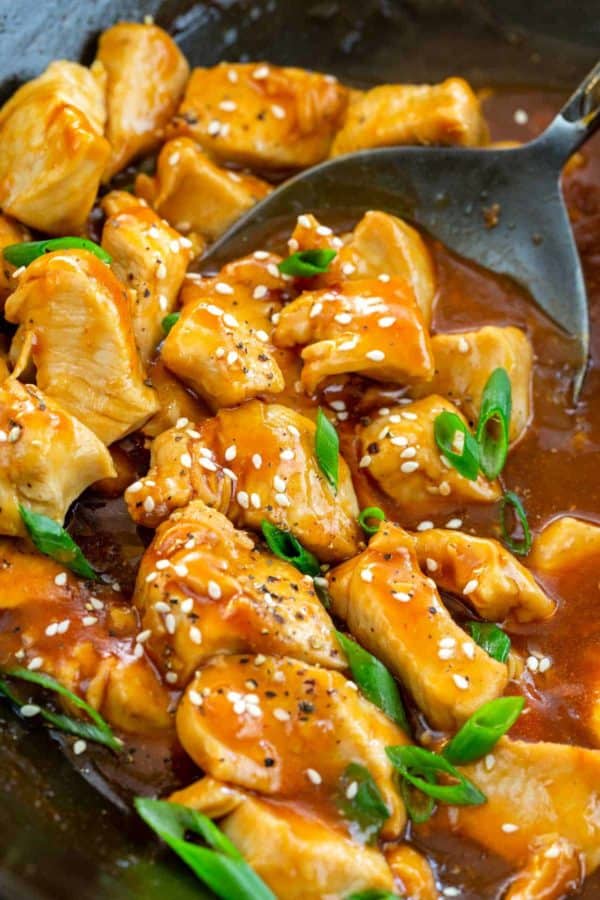 When you think of famous dishes originating from Louisiana, gumbo, po boys, and jambalaya typically comes to mind first. But what about Chinese food? Bourbon chicken has become a popular dish sold at Asian restaurants with roots starting in Cajun kitchens. The dish is said to be named after Bourbon Street in New Orleans, and it’s not surprising to find that one of the key ingredients is whiskey.

Pieces of chicken breast are stir-fried until tender and juicy, which takes less than 3 minutes in a wok. What makes this dish shine is the sauce. The unique combination of soy sauce, bourbon whiskey, maple syrup, tomato paste, and a pinch chili flakes for a hint of spiciness makes for an addicting meal. 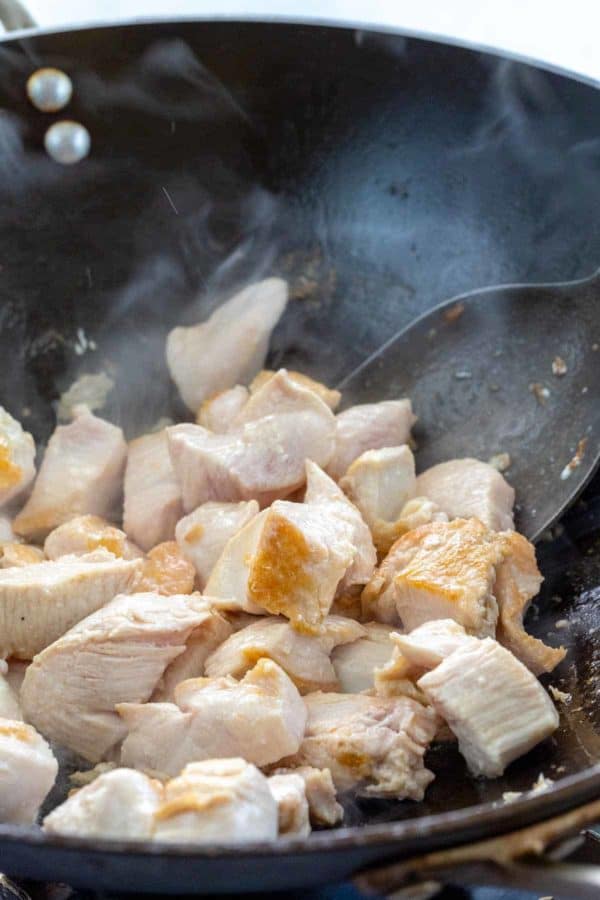 The good news is it’s really easy to make, and a nice twist to the usual take out menu. You’ll be delighted to find that all of the ingredients blend seamlessly together for rich and savory flavors, with a caramel finish. You can even use the bourbon sauce as a marinade, or to glaze baked and grilled meats.

How To Make Bourbon Chicken 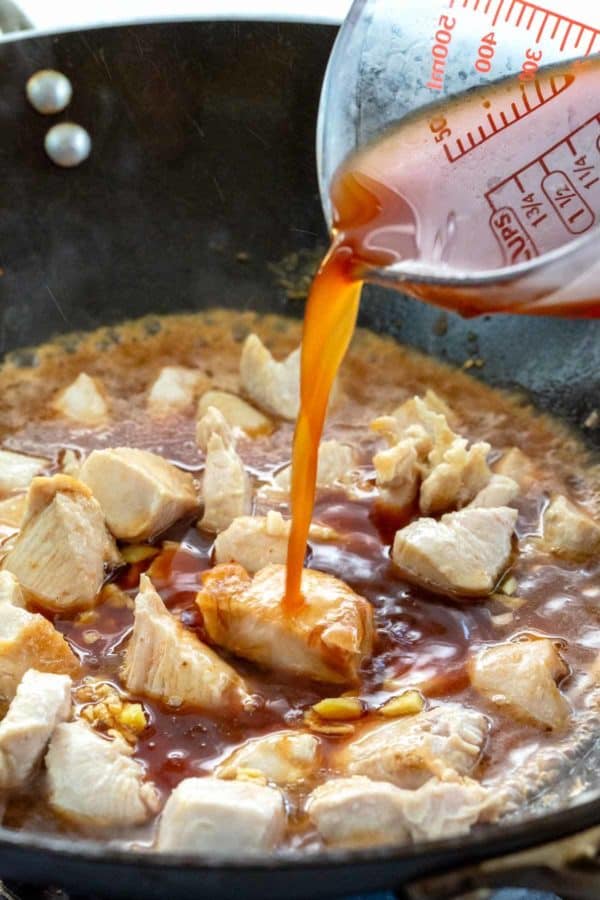 What ingredients are in bourbon sauce?

The base of bourbon sauce is soy sauce, whiskey, pure maple syrup, tomato paste, chicken stock, apple cider vinegar, and chili flakes. The combination creates a sweet, savory, and spicy flavor profile with a hint of smoke. A cornstarch slurry adds glossy, richness to the sauce, and it’s often used as a thickening agent in Chinese dishes.

What is the difference between bourbon and whisky?

Location, spelling, and ingredients. Bourbon is whiskey (with an “e”) made in the United States containing 51% corn in the fermented grain mash. It’s also typically aged in oak-charred barrels, bottled at no less than 80 proof and made without added flavoring, coloring or other additives. Scotch is whisky (no “e”) made in Scotland using mostly malted barley. 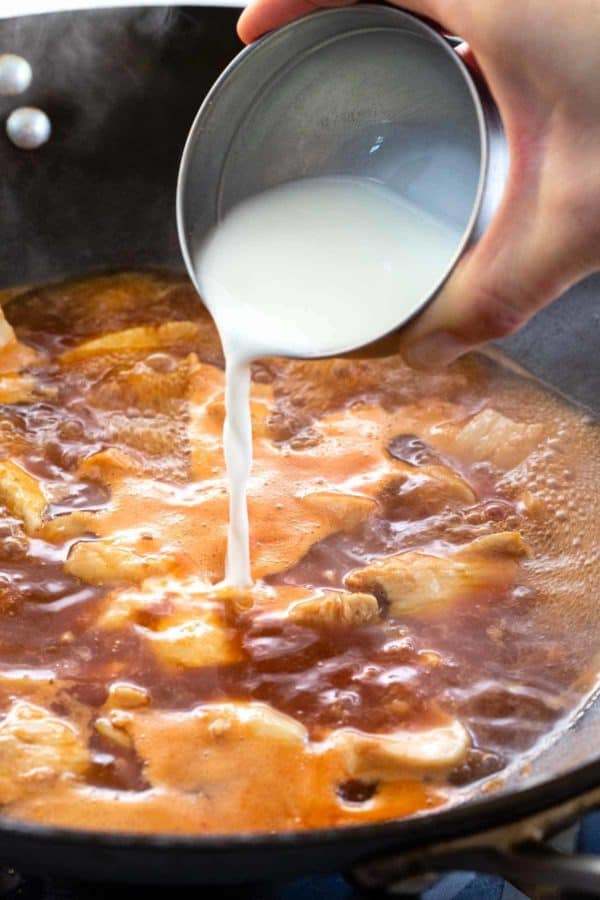 What type of whiskey should I use?

American whiskey has strong vanilla, oak, and caramel flavors. This single ingredient is what adds depth and an interesting taste to the dish. I used Knob Creek because that’s what my husband had in our liquor cabinet (don’t tell him!), but Jim Beam, Maker’s Mark, or Bulleit are some other fabulous options.

What do I serve with bourbon chicken?

Since this dish has flavors inspired from both Louisiana and Chinese cuisine, you’ve got a lot of options. Hot steamed rice, fried rice, or some chow mein would make for a nice dinner. 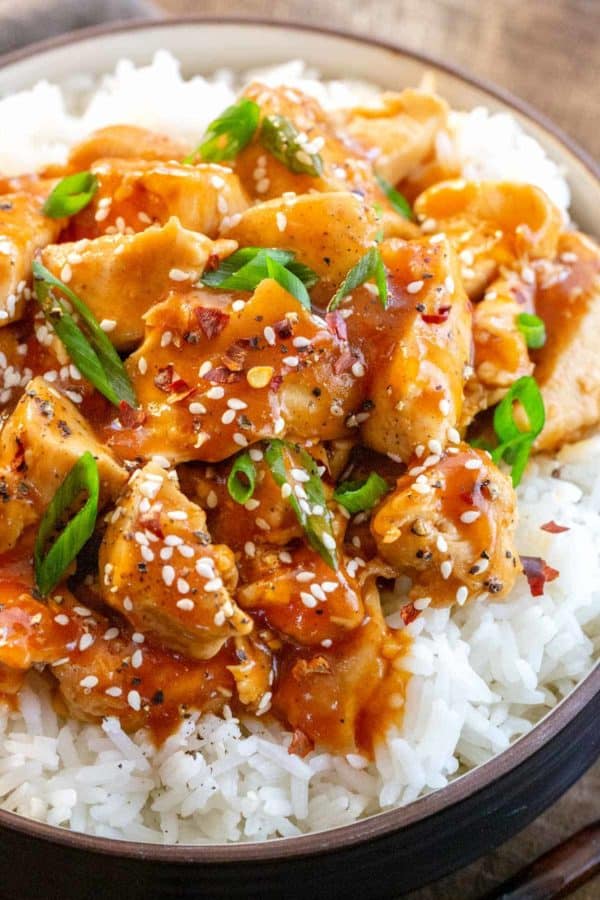 Does the alcohol cook out of the sauce?

Alcohol evaporates at about 172ºF (78ºC) and simmering the bourbon sauce between 185 to 205ºF (85 to 96ºC) removes some but not all of the whiskey. At least 30 seconds at a temperature above the boiling point starts the evaporation, but it would take hours to completely cook-off.

Bourbon chicken is a fusion of Chinese and Cajun cooking. The chicken is stir-fried in a wok then tossed in soy and maple bourbon sauce. 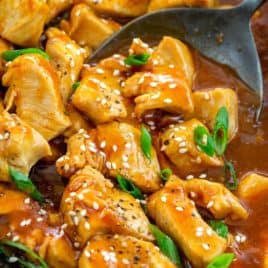 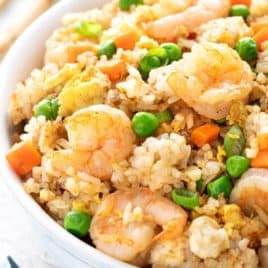 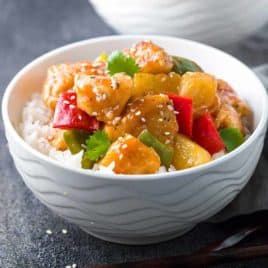 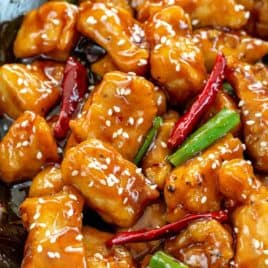