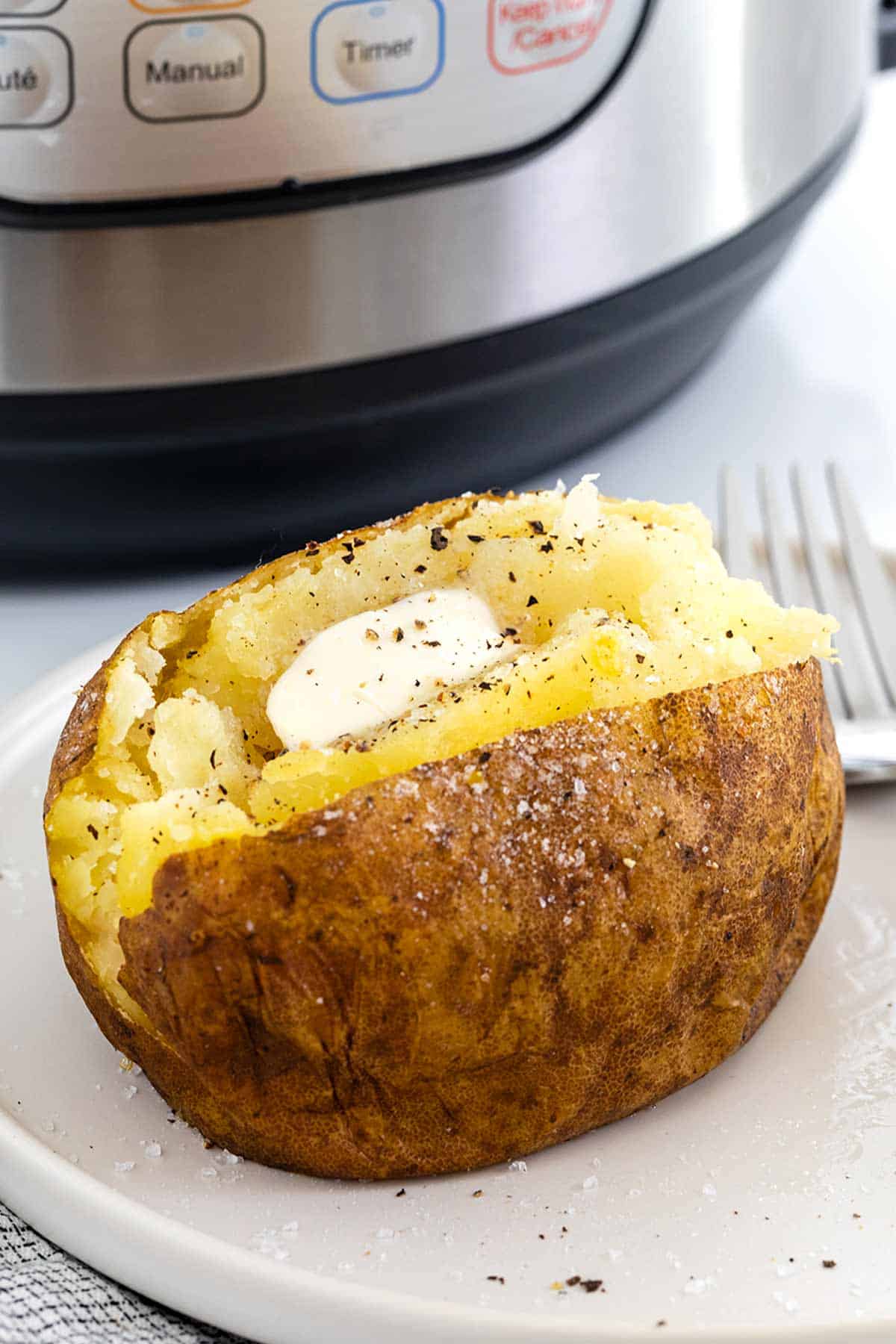 Instant Pot baked potatoes can be cooked in half the time compared to using the oven. The pressure cooker effortlessly creates fork-tender pieces, just brush with olive oil and sprinkle with seasonings. 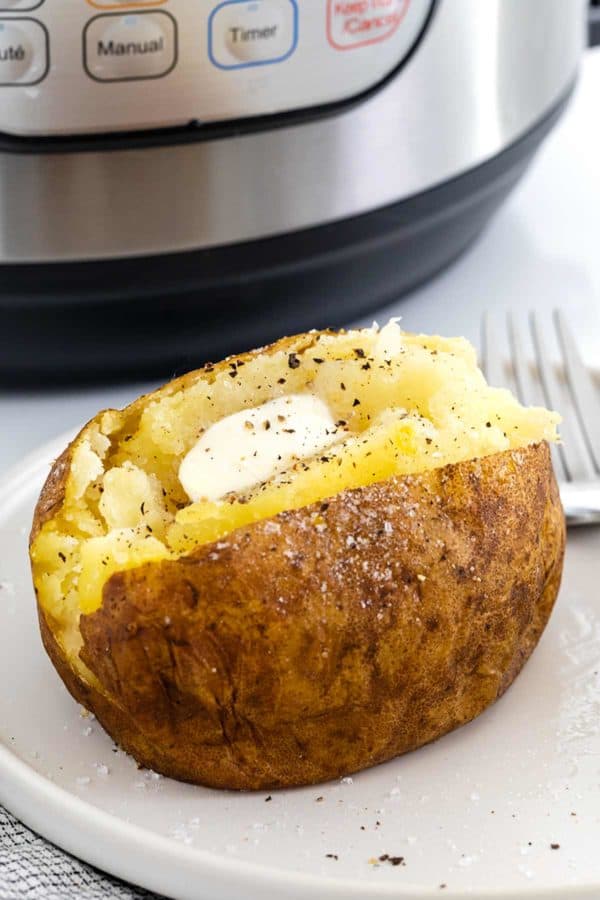 Easily make baked potatoes with just two ingredients and an Instant Pot. The cooking process is relatively simple, just use the high-pressure setting and then gradually release the steam. The only key factors for success are selecting similar-sized potatoes and using the proper cook time.

Extensive recipe development was involved in testing Russet potatoes of various weights and time intervals. I’ll show you my preferred pressure cooker times based on commonly available potato sizes. The hardest part will be deciding which toppings you’ll want to add! 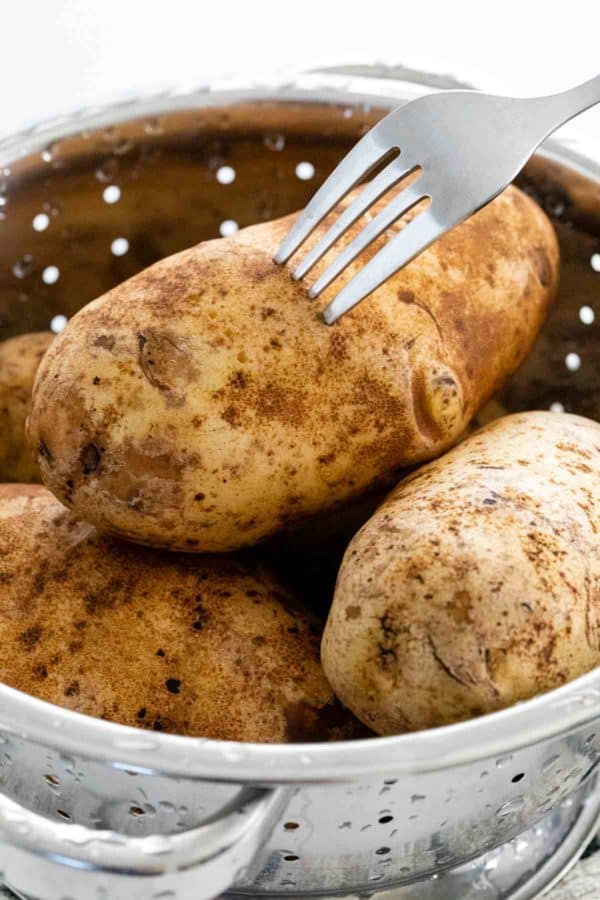 Does the potato type and size matter?

Yes! Russets or Idaho work best because they’re a starchy type of potato which cooks up light and fluffy. The weight is the biggest factor with cook time, I suggest looking for similarly-sized spuds. Use the scale at the store to individually weigh them. You want them to be within an ounce of each other otherwise they won’t cook through consistently.

The sizes above come from the U.S Standards for Grades of Potatoes. Most classic recipes for baked potatoes call for medium-to-large size (between 8 to 12 ounces). Those are ideal to have a generous portion as a side dish. The smaller varieties are better for appetizers like twice-baked potatoes, while the very large ones are better for mashed potatoes because of the high ratio of flesh. 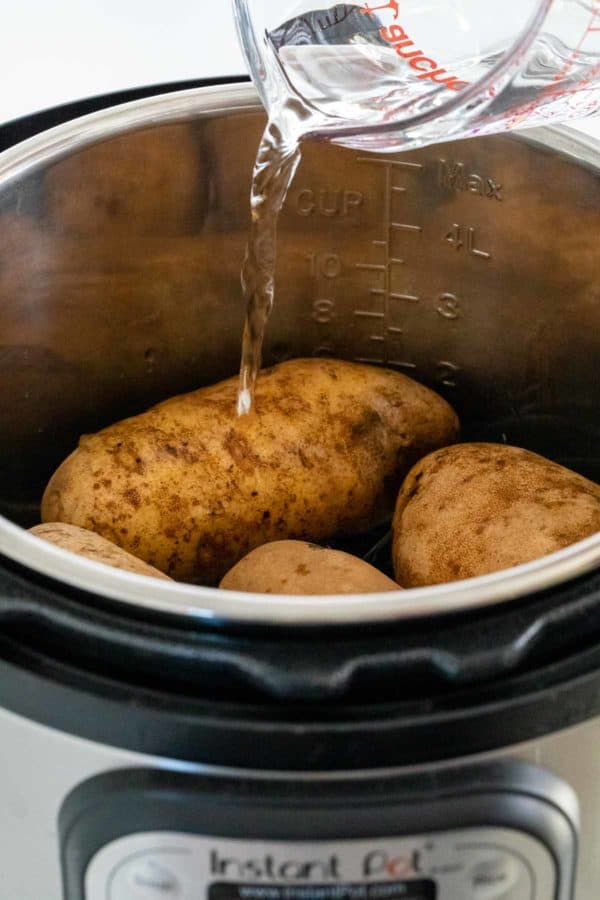 To ensure that the starch in the potatoes hydrate and cook, it’s important to hit between 197 to 210ºF (92 to 99ºC) measured from the center of the spud. This temperature range is wider than what you normally shoot for when cooking baked potatoes in the oven.

That’s because the moisture from the steam inside the Instant Pot tenderizes the potato more, even though the flesh temperature might be slightly lower. 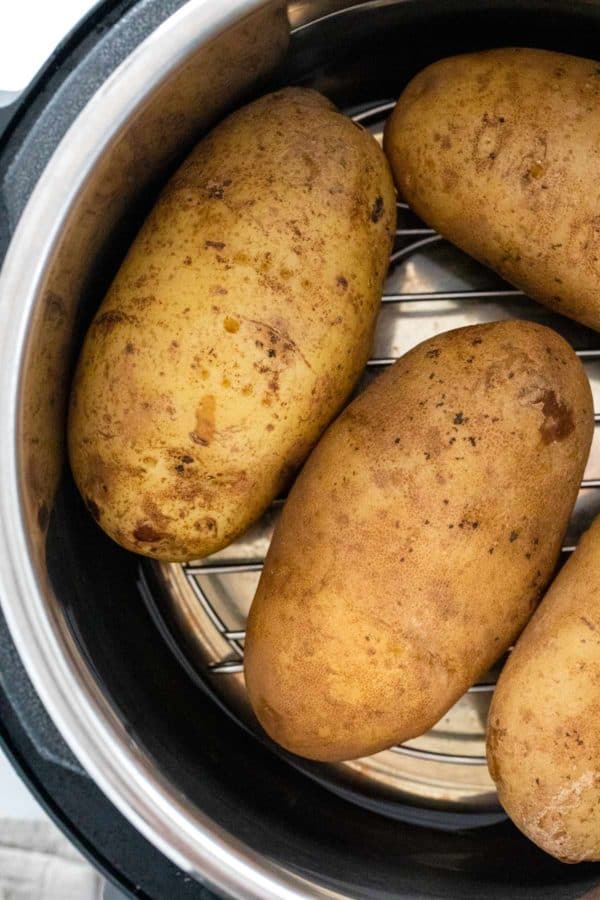 What if I still want crispy skins?

The Instant Pot cuts down on overall cook time, but it steams the potato rather than bakes it. For crispy skin, you’ll need to add another step and broil or roast them for 10 to 15 minutes at 450ºF (232ºC). I recommend using a wire rack to allow better air circulation and crisp texture all around. A foil-lined baking sheet also works, but mostly crisps just the top. 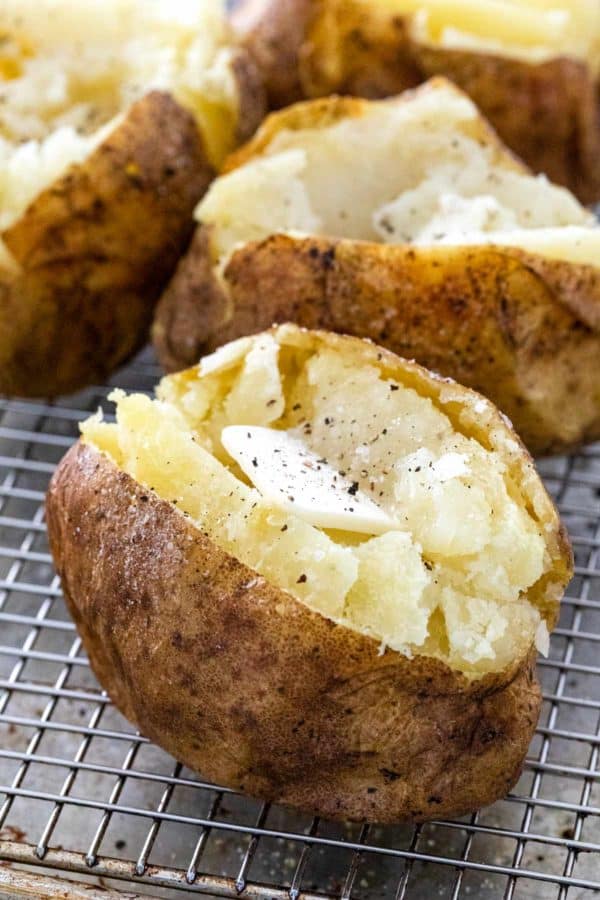 I’d serve this with

Make sure to prick the potatoes

Evenly prick the surface of the potato about 8 times with a fork to prevent it from exploding. This technique allows the steam that’s built up inside the flesh to escape. The little holes also prevent cracking of the skin as the high-pressure environment is much more intense compared to baking in the oven.

Instant Pot baked potatoes can be cooked in half the time compared to using the oven. The pressure cooker effortlessly creates fork-tender pieces. 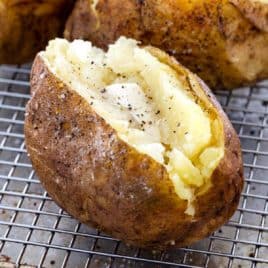 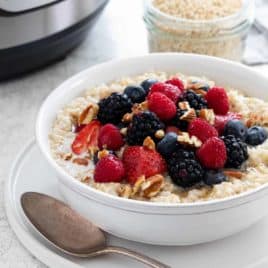 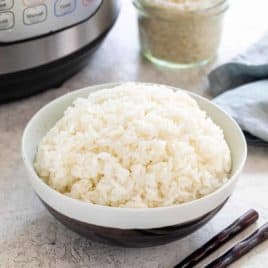 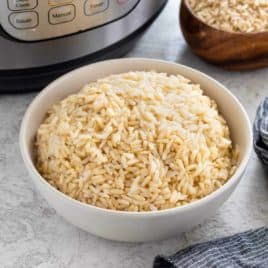